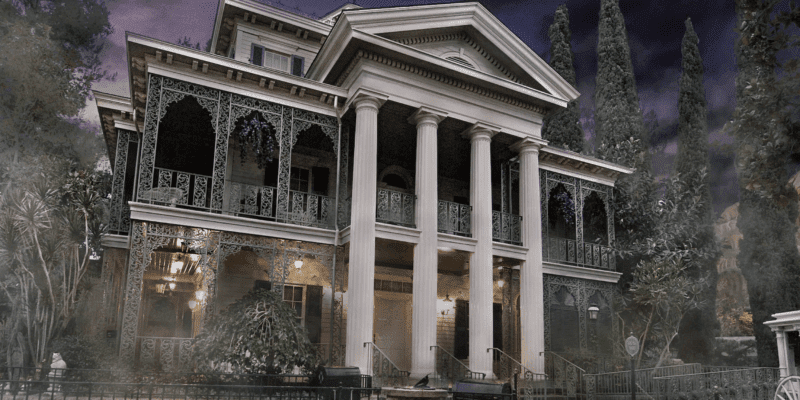 “Welcome Foolish Mortals to the Haunted Mansion” is a phrase that gives many Guests running chills as they enter the iconic Haunted Mansion at either Disneyland Park or the Magic Kingdom at Walt Disney World Resort.

A fan-favorite attraction that opened in 1969 at Disneyland Resort and in 1971 at Magic Kingdom welcomes thousands of Guests every year who are eager to witness ghosts practicing their terror with ghoulish delight. The Disneyland attraction takes Guests through the wonders of the iconic house located in New Orleans Square, delighting them with a séance with Madame Leota, a joyful ball, and a lively concert performed by the graveyard locals.

While this attraction is memorable for many Guests, it is almost impossible to remember every single detail all the time, especially if Guests haven’t visited the Park in a while. Hence, a debate recently sparked up on Reddit as a Mandela Effect took over the attraction.

Redditor u/Mediocre-Dog2479 posted about a discussion she had with her husband, as they couldn’t agree on what phrase follows the iconic line spoken by the Ghost Host “we have 999 happy haunts here.”

Fellow Redditors joined this debate being as confused as the original poster and her husband, refusing to believe “room for a thousand” was the correct phrase.

Redditor u/forlorn_hope28 mentions they have been on the ride countless times and could have sworn the line was “there’s always room for one more” however, a link he posted says otherwise.

What in the Mandela Effect? I’ve been on that ride so many times and I could have sworn it was “there’s always room for one more.”

The link takes viewers to a YouTube video with the full attraction soundtrack, in which the Ghost Host says “Actually, we have 999 happy haunts here, but there’s room for a thousand. Any volunteers?” before cackling and telling Guests they may not need to volunteer if they insist on lagging behind. Based on this, it seems both the original poster and her husband were wrong, but honestly, who could remember the entire Ghost Host speech word by word?

However, Redditor u/soontobephd78maybe refused to remain in doubt and asked Cast Members about this situation. She mentions the audio was changed sometime from “room for one more” to the current “room for a thousand,” which could explain why this whole discussion came up in the first place. Though Disneyland has no official information regarding this change, it would be possible the couple remembered different versions of the audio if this was true.

Sooo I have asked cast members this because I thought I was losing it. It is my favorite. It was room for one more. It was changed, the cast member did not know. It is odd because the 1st time I remember hearing room for 1,000 was when we were in WDW and I asked. He said he worked at both parks and yes it changed, just like we at DL only have the hatbox ghost. So no you are not losing it.

Whether the audio was changed or not, the ride remains an icon of Disneyland Park, and Guests will continue to gladly visit the Ghost Host on this New Orleans Square wonder.

At Disneyland, there is so much for Guests to enjoy! Now that the mask mandate has dropped for fully vaccinated Guests, Guests can enter buildings without a face covering if they so choose. Walking up to Sleeping Beauty Castle is always a dream, especially when you get to go inside and relive the story of Aurora and Maleficent. Riding classics like “it’s a small world,” Pirates of the Caribbean, Mr. Toad’s Wild Ride, The Haunted Mansion, Matterhorn Bobsleds, Splash Mountain, and more will have you feeling the magic and craving a churro! Toontown is currently gearing up for a massive change which will be revealed in 2023 with the reopening of the land and the debut of Mickey and Minnie’s Runaway Railway. Plus, now at Disneyland, Guests can enjoy Star Wars: Galaxy’s Edge for some blue milk or green milk and ride Rise of the Resistance and Smuggler’s Run.

Plus, there is so much to see and do at Disney California Adventure Park! Guests can enjoy Buena Vista Street as they walk the roads Walt had in Hollywood, enjoy a hand-dipped corn dog at Award Wieners, Head to Cars Land to enjoy the neon signage and Radiator Springs Racers, check out the new Marvel-themed land in Avengers Campus, where they can meet Spider-Man, Loki, Ant-Man, Black Widow, Doctor Strange, and so many more characters. And of course, you have to ride WEB SLINGERS: A Spider-Man Adventure and Guardians of the Galaxy: MISSION BREAKOUT. Rock on the Silly Symphony Swings as well, and catch Jack-Jack on Incredicoaster! The list of rides and attractions never ends!

Is the Haunted Mansion on your must-do list when you visit Disneyland? Let us know in the comments below!