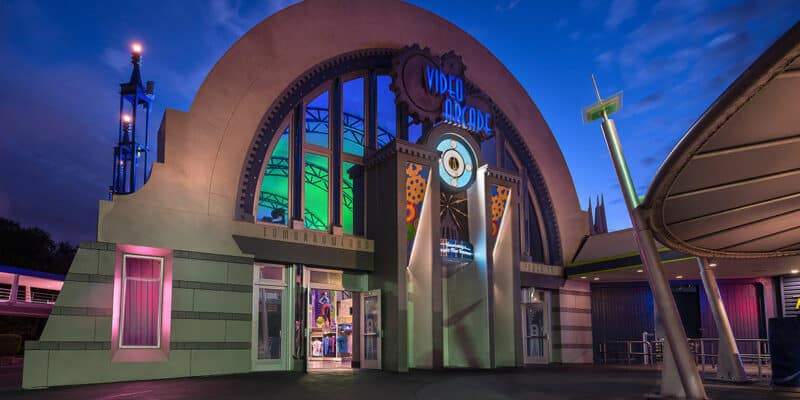 Ever since Walt Disney World Resort’s TRON roller coaster, officially called TRON Lightcycle Run, was announced on July 15, 2017, at the D23 Expo in Anaheim, California, fans have been anxiously awaiting any and all news regarding the upcoming attraction.

The first version of the ride opened in Shanghai Disneyland and has been a big hit with Guests ever since, mixing a thrilling roller coaster experience with the world of Tron.

Disney Parks fans have watched every detail of the construction process come together slowly over the last five years, leaving many wondering when, or if, the ride will actually open. We actually have seen the attraction up and running so that Disney could test the ride, meaning we may be nearing an official release date soon enough.

There is still no word on when the ride will open or even when we will get a release date, though Disney’s annual D23 event is coming up soon, meaning we may finally know when TRON will open at the Magic Kingdom. D23 will run from September 9 – 11, so hopefully, we will finally get some news on this infamous attraction and when it will open.

The roller coaster was originally expected to open sometime during Walt Disney World Resort’s 50th-anniversary celebration, which began October 1, 2021, and will continue into 2023. However, another major milestone may be coming for the ride as one Magic Kingdom building is set for an extended closure.

According to the official Walt Disney World website, Tomorrowland Light & Power Co. will be closing on August 1, which happens to be tomorrow. This building currently serves as the exit as well as a gift shop for Space Mountain. Presumably, this building will be used by TRON as well as it is wedged right between the two coasters.

As of now, there is no word on when the building will reopen, but we can assume that it will reopen soon, with TRON following it (hopefully) soon.

The ride is set to take its place just next to Disney’s iconic Space Mountain with Disney Imagineers, along with construction crews, hard at work on the attraction. As Disney Parks Blog announced:

Imagineers are hard at work creating TRON Lightcycle / Run, which is beginning to light up the skyline in Tomorrowland at Magic Kingdom Park, as you can see in this new photo. We’re in the testing phase for what will be one of the fastest coasters in any Disney park, and I know you’re going to love it. When this attraction is complete, you’ll climb aboard your very own Lightcycle and launch into the Grid for a race through a dark, computerized world.

Our story picks up following the events of “TRON: Legacy,” whose main character, Sam Flynn, is now opening new gateways into this digital realm at specific locations around the world. The first portal he created is at Shanghai Disneyland with the original TRON Lightcycle PowerRun, and now Magic Kingdom guests will get their turn through this second gateway.

Are you excited for TRON to open at Walt Disney World?