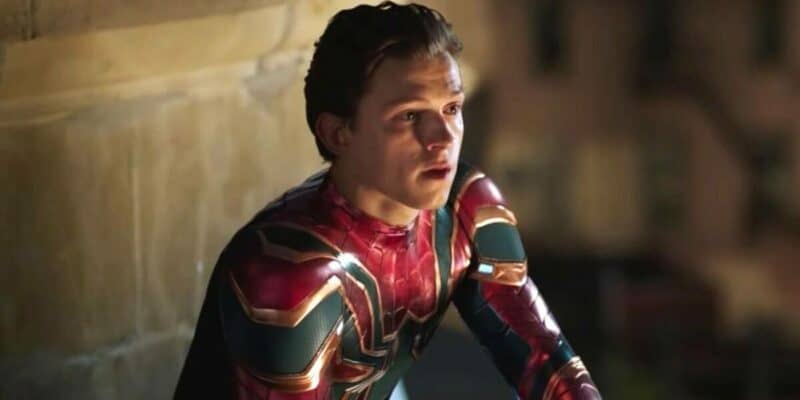 Marvel Studios has recently launched its first animated series set in Kevin Feige’s Marvel Cinematic Universe. What If…? brings its Marvel Comics namesake to the small-screen and explores how iconic events in the MCU would look if they happened in an entirely different way.

What Marvel’s What If…? has also done is recast some of the actors playing its beloved heroes. The reasons behind the recasting are murky at best, with contractual and schedule issues being cited for the actors’ lack of involvement in the project. But, Marvel has just given an answer regarding fan-favorite actor, Tom Holland (Spider-Man).

Exploring alternate realities and key landmark moments through a fresh lens, What If…? reshapes the events of the MCU by asking what would happen if something occurred differently. At first, the Disney+ television series which debuted last week might have been seen as a fun filler animation, tiding Marvel fans over until the next live-action iteration of the Marvel Universe. But, as time goes on we can ascertain, at least, that Marvel’s What If…? is a direct follow-up to Tom Hiddleston’s Loki.

The end of Michael Waldron’s series about the God of Mischief revealed the Sacred Timeline to be under threat as the Multiverse exploded into multiple Variant timelines. While Loki may have set up the next big bad in the MCU, Kang the Conqueror — who we will definitely see next in Ant-Man and the Wasp: Quantumania (2023) –, it also gave Marvel a chance to explore some of the characters that inhabit each alternate universe.

So far, What If…? has brought to fruition two of its biggest hooks. Hayley Atwell’s Peggy Carter launched the series as a new hero based on Captain America — Captain Carter. This alternate reality saw the Agent take the super-soldier serum instead of Steve Rogers to become the MCU’s latest patriotic Avenger. The late Chadwick Boseman is back too in his final Marvel appearance as T’Challa, except this alternate version would see the Black Panther star become the Star-Lord that Chris Pratt made famous in the live-action universe Marvel movie, Guardians of the Galaxy (2014).

Most of the original stars have returned to bring their animated counterparts to life in this new series, but there are a few notable exceptions. Iron Man star, Robert Downey Jr. won’t be voicing What If…?‘s version of Tony Stark, nor will Chris Evans be reprising his role as Captain America. While the contracts are up for Downey Jr. and Evans following their immense tenure in the MCU that culminated in Avengers: Endgame (2019), some other replaced actors do still have upcoming projects within the MCU.

Drax the Destroyer (Dave Bautista), Captain Marvel (Brie Larson), Black Widow (Scarlett Johansson), and Spider-Man (Tom Holland) are among those recast despite having projects still on the way, or, as with Johansson’s character, an unconfirmed contractual status within the MCU.

Even though movies like Guardians of the Galaxy Vol. 3 (2023), The Marvels (2022), and Spider-Man: No Way Home (2021) are coming soon, Marvel has recently stated that schedule conflicts were in some way responsible for the actors’ lack of inclusion in this new series. However, Bautista has simply stated he wasn’t asked to join the rest of the voice actors in the project.

Why is Tom Holland not voicing Spider-Man in What If…?

Now, What If…? executive producer, Brad Winderbaum, has finally given a reason as to why Holland won’t be voicing his animated Avenger in the new story. Speaking to Collider, the Marvel exec had this to say:

“You know, I’m not treated to all the ins and outs of the relationship with Sony. But, I think it may have had something to do with it, yeah.”

Marvel’s and Sony’s relationship is what brought Tom Holland’s Peter Parker into the MCU, so it seems entirely plausible that the contractual restraints over two movie studios sharing the same character would come into play when casting projects outside of that agreement. That being said, a recent report claims that Marvel is intending to buy out Sony to seek the Spider-Man franchise rights.

We also know, thanks to LEGO, that What If…?‘s Spider-Man is likely to be a zombie hunter, taking material from the Marvel Zombies story.

The voice actor for Spider-Man in Marvel’s What If…? is yet to be revealed but Tom Holland fans can rejoice in the fact that the third outing for the Spider-Man movie series will debut this December. Holland is back as the titular hero with Benedict Cumberbatch’s Doctor Strange also set to appear ahead of his own sequel, Doctor Strange in the Multiverse of Madness (2022). Spider-Man: No Way Home has long been rumored to feature other Spider-Man actors like Tobey Maguire (Spider-Man) and Andrew Garfield (The Amazing Spider-Man), but their involvement remains to be confirmed. Hello, trailer?

Marvel’s What If…? releases on Wednesdays exclusively on Disney+.

Are you disappointed that Tom Holland won’t be voicing Spider-Man in What If…? Let us know in the comments!