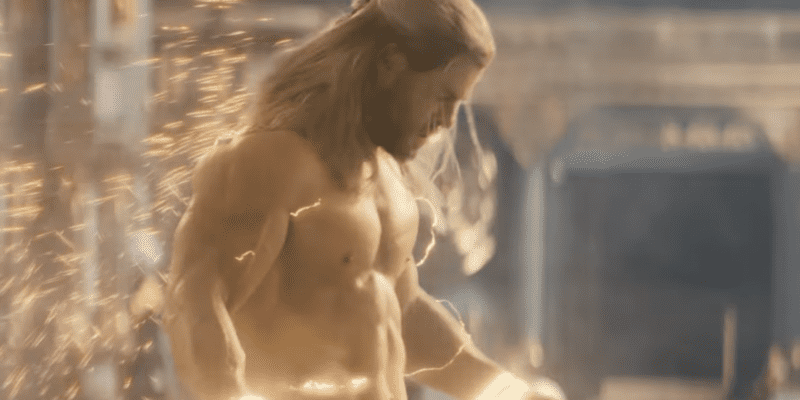 Thor: Love and Thunder (2022), the latest entry into Kevin Feige’s Marvel Cinematic Universe, is in its second week of release. While the reception to the MCU movie has been somewhat lukewarm, the Thor adventure posted an impressive $300+ million at the global box office, giving Marvel Studios its second heavy-hitter of the year.

However, as The Walt Disney Company and its subsidiaries become increasingly shut out of overseas territories for a multitude of different reasons, Thor: Love and Thunder‘s success may be stumped over the coming months.

Villain Gorr the God Butcher, played by Dark Knight himself, Christian Bale, and Russell Crowe’s Zeus, join the roster, as Thor is brought back from his search for inner peace to take on the new foe. Despite its stellar cast, the movie failed to land — at least universally — with audiences, with the CGI, dialogue, placing, and storyline being contested. In fact, a new development has seen Waititi come under fire for a potentially problematic joke regarding some of the criticisms.

While the Guns ‘N’ Roses-laden Marvel feature roared during its opening weekend, its global release has been somewhat stuttered. There was a possibility Thor: Love and Thunder could be banned in multiple territories following Waititi, Thompson, and Portman’s claim the movie was “super gay” — as we know, LGBTQ+ characters, themes, and plot points, can severely hinder a film’s release due to overseas politics and laws (see: Lightyear (2022)).

And then just recently, China, once the bastion of commercial moviegoing for Marvel Studios, shut out Thor: Love and Thunder, making this the MCU’s sixth feature to not be released in the country following Black Widow (2021), Shang-Chi and the Legend of the Ten Rings (2021), Eternals (2021), Spider-Man: No Way Home (2021), and Doctor Strange in the Multiverse of Madness (2022).

Now, it seems Disney has postponed the release of Waititi’s latest venture in Malaysia. As Variety reports:

The theatrical release of blockbuster Marvel movie “Thor Love and Thunder” is not moving ahead in Malaysia. It had been scheduled for distribution from July 21, 2022, after previously enduring a two delay.

The latest, possibly indefinite, postponement was announced by the country’s two leading cinema operators GSC and TGV Cinemas on their social media feeds.

Linking Lightyear to Thor: Love and Thunder, the reasons behind the MCU movie’s postponement are unclear, although the nudity and LGBTQ+ elements of the film may be the reason behind Disney’s decision to pull the release:

While Malaysia was one of nearly twenty, mostly Muslim-majority countries which objected to the homosexual tinges of “Lightyear,” the reasons for the halting of “Thor: Love and Thunder” are less clear. Some Malaysian commentators pointed to brief nudity and the implied LGBT-leanings of some secondary characters in the film as possible reasons that the film may have run into censorship problems with the [the country’s censorship authority] LPF.

Other commentators focused their criticism on Disney. Some suggested that the indefinite postponement was Disney’s revenge on the country for the “Lightyear” episode, while others said that Disney was worried about the film’s prospects competing against “Mat Kilau: Kebangkitan Pahlawan” which has recently become the highest grossing Malaysian film of all time. with more than $12 million earned across the three (separate) territories of Malaysia, Singapore and Brunei.

After COVID-19 drastically altered the moviegoing experience, Malaysia’s cinema attendance has significantly dropped versus the time before 2020/2021. Also, as Variety notes, Thor: Love and Thunder has already been released in neighboring Indonesia and Singapore, with any further delay to the Malaysian release opening the movie up to piracy.

So, as critics deem Thor: Love and Thunder on par with The Incredible Hulk (2008), at least by Rotten Tomatoes standards, it is up to fans to keep the God of Thunder alive at the box office.

What did you think of Thor: Love and Thunder? Let us know in the comments down below!