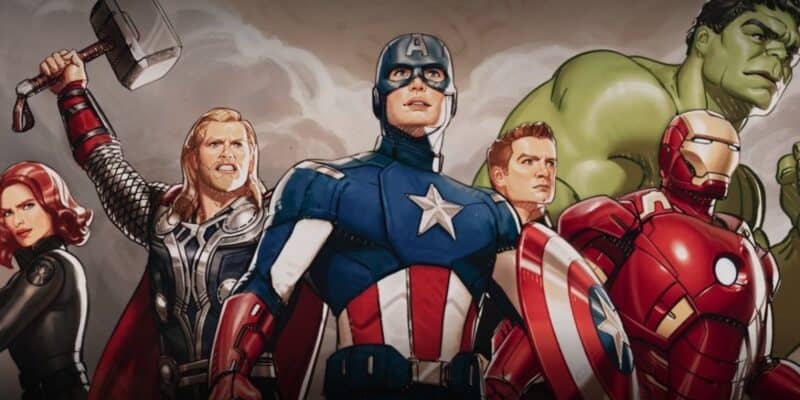 Marvel’s newest series comes hot off of the success of Kevin Feige’s WandaVision, The Falcon and the Winter Soldier, and Loki, and welcomes Marvel fans to great, big Multiverse.

Here is your guide to Marvel’s What If…?

Is What If…? set in the Marvel Cinematic Universe?

The new anthology series from the Marvel studio explores various moments in the MCU, jumping around the timeline in order to explore the alternate versions of heroes, villains, and events in the Marvel Universe. From as early as the moment Robert Downey Jr.’s Tony Stark was captured in Iron Man (2008), to the tragic car accident that led Dr. Stephen Strange to learn the Mystic Arts in Doctor Strange (2016), What If…? does not follow any order when documenting the stories it tells.

That being said, What If…?‘s release in the MCU timeline — being part of Phase 4 and directly after Loki — sees Marvel Studios offering fans a chance to take a look at these various alternate timelines AKA the Multiverse. Loki’s (Tom Hiddleston) and Sylvie’s (Sophia Di Martino) confrontation with “He Who Remains” (Jonathan Majors) in the Loki finale created chaos in the MCU, seemingly changing it forever.

Is What If…? canon in the MCU?

The simple answer is, yes. What If…? has been confirmed to be part of the canon MCU, meaning that the events happening in Marvel’s latest animated series do occur in correlation to the live-action cinematic and television outings fans have experienced so far. However, do remember that What If…? is a snapshot of how our fan-favorite characters exist in many of the alternate realities not part of the events seen on screen so far.

This show is very much based on the lore of the Marvel Multiverse. That being said, there have already been rumblings about some of these Multiversal characters crossing over into live-action — Hayley Atwell’s Captain Carter, What If…?‘s very own Captain America, may show up in the Doctor Strange (2016) sequel, for example.

Who is in the cast of What If…?

Which actors have returned to voice their animated characters?

With well over 20 movies in the MCU, the cast of What If…? is truly stacked. The animated series welcomes back a plethora of talent to voice the characters fans will see in What If…?, as well as welcoming Jeffrey Wright as the show’s narrator, The Watcher. Let’s dive in.

Which actors haven’t returned for What If…?

While the list of those returning seems endless, there are some notable exceptions from the What If…? cast. Brie Larson hasn’t returned as Carol Danvers AKA Captain Marvel, and neither has Tom Holland as Peter Parker/Spider-Man — Alexandra Daniels and Hudson Thames will voice these heroes. Downey Jr. and Chris Evans have also not voiced their beloved Avenger characters, Iron Man and Captain America, either, and have been replaced with Mick Wingert and Josh Keaton, respectively. Here are the other characters who have been replaced by new actors in the MCU’s What If…?

What If…? director, Bryan Andrews, alluded to scheduling being the main reason some actors were replaced. Although some actors, like Dave Bautista, says he was never asked to return as his character, Drax the Destroyer. Executive Producer, Brad Winderbaum, also suggested that Tom Holland’s contract with Sony may have resulted in Hudson Thames taking on the iconic web-slinging role.

What new stories are in What If…?

Who is Captain Carter?

The premiere episode of What If…? saw Steve Rogers never take the super-soldier serum to become Captain America. Instead, Atwell’s Agent Peggy Carter became Captain Carter in this alternate reality after taking the serum, leading a crusade against her enemies clad in a new suit, and wielding the famous shield. From the official trailer of What If…? we can see that Captain Carter will return to the Multiverse in the animated series, maybe even into the second season, and if her encounter with Doctor Strange is anything to go by, maybe even in Doctor Strange in the Multiverse of Madness (2022).

What is Marvel Zombies?

Episode 5, “What If…Zombies?!” saw a group including Spider-Man, Sharon Carter, and Okoye fight against various zombie hordes as they searched for a cure to the virus Hank Pym and Janet van Dyne brought back from the Quantum Realm. Marvel Comics has a popular zombie series, Marvel Zombies,  written by Robert Kirkman, and published between 2005 and 2006.

Interestingly, this episode marked the first-ever mention of Spider-Man’s Uncle Ben in the MCU.

Will evil Doctor Strange return to the MCU?

The fourth episode of What If…? saw a heartbreaking take on the plot of Doctor Strange. Instead of Cumberbatch’s surgeon losing his hands, he lost the love of his life, Dr. Christine Palmer. In a destructive sequence of events, Stange was split in two by the Ancient One, and while one saw the errors of his ways, the other — Doctor Strange Supreme — ended up grieving alone after destroying the universe.

The introduction of this new Sorcerer led Marvel fans to believe the Doctor Strange we saw in the Spider-Man: No Way Home (2021) trailer may not be the version we have become accustomed to since 2016. In addition, the Doctor Strange sequel’s title alone teases a mass Multiverse storyline event so chances are there could be multiple versions of characters yet to appear.

The new trailer highlighting unseen events in What If…? did reveal that Doctor Strange Supreme will somehow team up with Thor in the animated series, with the latter teasing the return of the zombies to the MCU.

The future of What If…?

How many episodes are in What If…?

The first season of What If…? consists of nine episodes with each tackling another “what if” moment in the MCU.

Will there be a season 2 of What If…?

Yes, Marvel Studios has confirmed that there will be a second season which will be released in the near future and will introduce newer MCU characters from Phase 4.

The ever-growing Marvel Cinematic Universe has never been more exciting now that the Multiverse is well and truly open. You can watch the new trailer here:

Are you watching What If…? Let us know in the comments!

Comments Off on The Ultimate Guide to Marvel’s ‘What If…?’