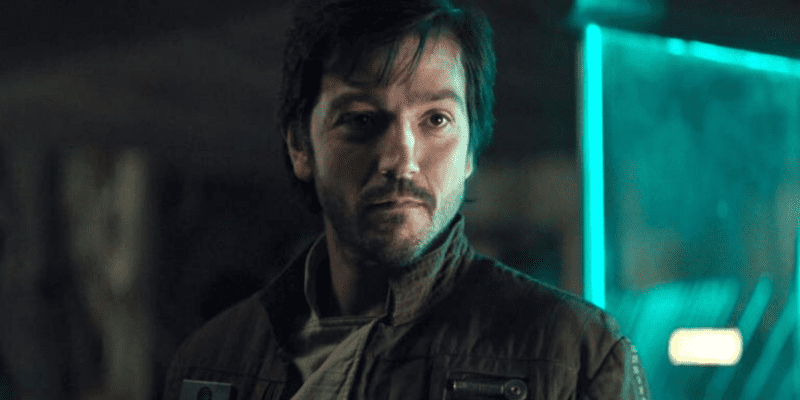 Every Star Wars fan was surprised to hear that character Cassian Andor from Rogue One: A Star Wars Story (2016) would receive its Disney+ series, but the show has been widely forgotten. That is until Disney just made a massive announcement about the future of the Andor.

Diego Luna joined the Star Wars universe in Rogue One, arguably one of the best films within the Skywalker saga following Disney’s acquisition of Lucasfilm.

However, little to no news surrounding Andor has surfaced from The Walt Disney Company.

That is until Lucasfilm just announced that the anticipated series is receiving its panel at the 2022 Star Wars Celebration:

Star Wars Celebration returns in May, launching with a must-see showcase that will kick the weekend’s festivities into hyperdrive. On Thursday, May 26, Lucasfilm’s current crop of live-action filmmakers will be joined by special guests to discuss the many Star Wars adventures coming soon, including Obi-Wan Kenobi, Andor, and The Mandalorian.

Andor is joined by a panel for the Obi-Wan Kenobi limited series starring Ewan McGregor (Obi-Wan Kenobi) and Hayden Christensen (Anakin Skywalker/Darth Vader), as well as a panel for The Mandalorian season three.

While the details surrounding this panel are limited, and it’s unclear what Disney will reveal about Andor, it’s safe to assume that an official teaser trailer will release for the series at this time, confirming when Andor will finally hit Disney+ this year or in 2023.

Order your Star Wars Celebration tickets before April 7 at 11:59 p.m. PT and get them in the mail before the show.

Star Wars Celebration Anaheim 2022 will be held May 26-29, 2022, at the Anaheim Convention Center in Anaheim, California.

More about Rogue One

Former scientist Galen Erso (Mads Mikkelsen) lives on a farm with his wife and young daughter, Jyn. His peaceful existence comes crashing down when the evil Orson Krennic takes him away from his beloved family. Many years later, Galen becomes the Empire’s lead engineer for the most powerful weapon in the galaxy, the Death Star. Knowing that her father holds the key to its destruction, Jyn joins forces with a spy and other resistance fighters to steal the space station’s plans for the Rebel Alliance.

Within the Star Wars franchise, Lucasfilm is moving past Rogue One: A Star Wars Story (2016) or the controversial Rian Johnson Star Wars film The Last Jedi (2018) as we dive into the Old Republic or explore new realities of the Star Wars universe with each new TV show or the upcoming Star Wars game like Star Wars Jedi: Fallen Order 2 or Star Wars Eclipse.

When do you think Andor will debut? Let us know in the comments below!