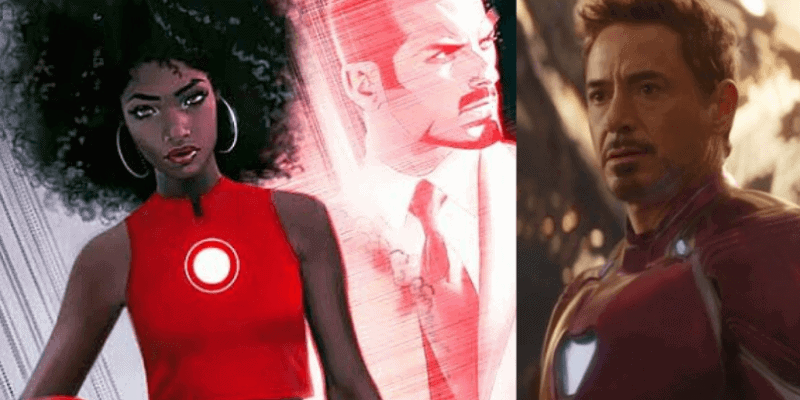 It’s official. The only Marvel Studios character from the original six Avengers without an impending replacement is Tony Stark/Iron Man. But what could an Iron Man phase four replacement possibly look like?

More to the point, how will the Marvel Cinematic Universe introduce a successor, and who could possibly become the new Iron Man and live up to Downey Jr’s sensational legacy?

If the Marvel comics are anything to go by — and they certainly have been in the past — we may just have our answer.

Related: How to Watch All 23 Marvel Movies in Order

For those who don’t know, Riri Williams is a character introduced in the Marvel comic book series as a replacement to Iron Man, after he was left comatose at the end of Civil War II, a long fought battle between Tony and fellow hero Captain Marvel.

However, the fifteen-year-old Ironheart wasn’t left to fend for herself, as an A.I duplicate of Iron Man acted as her mentor (something that has also been considered as a way to re-introduce Robert Downey Jr into the MCU).

Riri is a superb choice as the next Iron Man, not only for her fresh take on the iconic Iron Man suit, but also her mind-blowing intelligence, which could well put her on par with the likes of Shuri, Bruce Banner, and Iron Man himself.

Alternatively, however, MCU fans have also come up with an alternative suggestion, using a character created by the Marvel Cinematic Universe itself: Tony’s daughter Morgan. Either of these characters would be in prime position to take over the Iron Man legacy in a post-Infinity Saga world.

Related: OpEd: Iron Man 3 is The Best Iron Man Movie and One of The Best MCU Movies 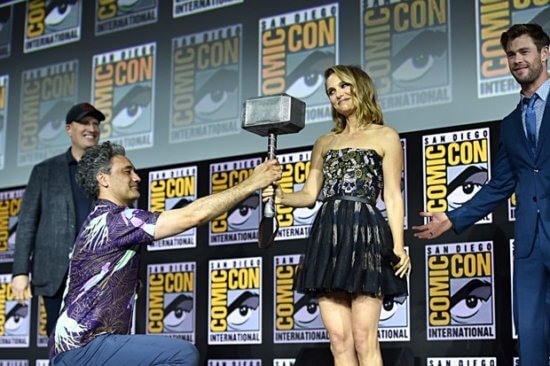 The end of Avengers: Endgame saw more than just the closure of phase three (though, technically Spider-Man: Far From Home officially marked that moment). It also saw the death of two of the original Avengers, as well as the retirement of a third: Tony Stark/Iron Man, Natasha Romanoff/Black Widow, and Steve Rogers/Captain America respectively.

Fortunately for us, Kevin Feige and his team at Marvel Studios had planned this out years in advance, leaving us with suitable replacements for everyone.

We know that the Hawkeye series will see Clint Barton pass the mantle to a new character, Kate Bishop, while fellow Disney Plus show She-Hulk seemingly looks to replace The Incredible Hulk with Jennifer Walters as the Marvel Cinematic Universe‘s big, green muscle.

Finally, the announcement that Natalie Portman will return to the Marvel universe gives us our second Thor, as the mantle will be taken up by Portman’s character from the first two films, Jane Foster.

Related: OpEd: We Need a Black Captain America Now More Than Ever

Why is there no Iron Man phase four replacement?

In the past, Marvel has been known to keep its cards close to the chest, particularly in the lead up to Infinity War and Endgame. Marvel phase three ended on such a poignant note – with Iron Man‘s obliteration of Thanos followed by his tragic death — that the studio likely wants to give Marvel fans time to process the passing of such a beloved character.

It’s also probably that reason that The Falcon and The Winter Soldier will focus on Sam’s development as he struggles with the responsibility of becoming Captain America. Diving straight into a new version of a character likely wouldn’t be wise, and as we know, Marvel Studios loves to take its time.

Of course, there are MCU fans who think that we’ve not seen an announcement about a new Iron Man/Ironheart because Robert Downey Jr. isn’t done with the Marvel Cinematic Universe. We know that he’s appearing in a cameo role in the new Black Widow movie this year, but beyond that, it isn’t clear if Downey is set to play the character again.

The introduction of Kate Bishop, Florence Pugh’s Yelena Belova, and Ms. Marvel has also lent many to believe that a Young Avengers film is on the horizon. Rumors have also suggested that we’ll see Kid Loki in the upcoming Disney Plus series, so introducing Riri as Ironheart would give real credence to a Young Avengers project being a reality, as opposed to MCU fan wish fulfilment.

We can absolutely imagine Marvel taking the comic book‘s lead and introducing Riri as Ironheart as a surprise character in phase four or five. It happened with Captain America and Thor, now we want to see Marvel give us our new Iron-character. (Preferably with Downey returning as her A.I mentor!)

Related: “Iron Man” Star Blames Robert Downey Jr for His Exit out of the MCU

What do you think about Riri Williams as the MCU’s Ironheart? Let us know in the comments below.

Comments Off on Will This Character Replace Iron Man in MCU Phase Four?