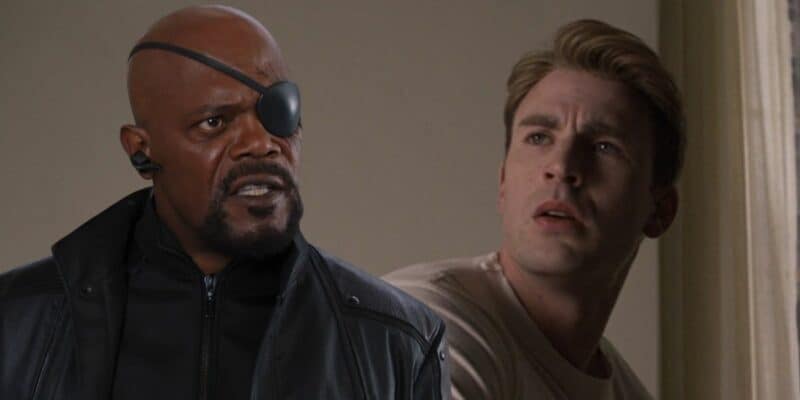 Captain America: The First Avenger (2011) was an early entry in the Marvel Cinematic Universe. It set the groundwork for who Steve Rogers/Captain America (Chris Evans) would become and the legacy that Sam Wilson/Captain America – the superhero formerly known as Falcon (Anthony Mackie) would have to fill in Falcon and the Winter Soldier. But the movie’s final scene where Steve Rogers wakes up in the modern-day has always left fans with questions.

How did Nick Fury (Samuel L. Jackson) and SHIELD (Strategic Homeland Intervention, Enforcement and Logistics Division), the spy organization with all the resources of the Marvel Universe, make the mistake of playing the wrong baseball game and tip-off Steve that not everything was as it appeared.

Related: Ghost Rider Is “the New Daredevil” as MCU Fans Beg For Return

For years, fans have wondered how the Marvel Universe’s best spy, SHIELD Director Nick Fury, could have dropped the ball. There have been countless explanations since First Avenger hit theaters over a decade ago. One is that Fury was simply not involved, and another Agent of SHIELD did not do the research while setting up the room – certainly not Agent Phil Coulson (Clark Gregg), the ultimate Captain America superfan.

Another theory posited that Nick Fury purposely made the mistake to test if Steve Rogers was still all there mentally after spending 66 years frozen in ice. However, a new theory making the rounds adds credence to the idea that Nick Fury did not make a mistake and that game was chosen on purpose but for a whole new reason. And it connects to one of the most contentious Marvel movies of Phase Three – Captain Marvel (2019).

Captain Marvel was a prequel set in 1995 and featured a young Nick Fury coming into contact with aliens for the first time. This included Carol Danvers/Captain Marvel (Brie Larson) and the shapeshifting Skrulls like Talos (Ben Mendleson). The Skrulls can hide as anyone in plain sight, waiting to strike, and not all of them are as nonthreatening as the refugees seen in Captain Marvel.

Captain Marvel has been divisive among fans, who consider it one of the worst entries in the MCU. However, there could be other reasons some Marvel fans chose to ignore other bombs like Incredible Hulk(2008) and Thor: The Dark World (2013).

And clearly, the shapeshifting aliens never strayed far from Fury’s mind. He formed a team of Earth’s Mightiest Heroes, which he named after Carol Danvers’ call sign “Avenger.” The Skrulls could be precisely why he chose to play a game that he knew Steve Rogers had already heard.

Captain Marvel revealed that the Skrulls can only replicate recent memories of someone they mimic. If the person in the ice were actually a Skrull, they would not remember the game like Steve Rogers could. Like the super-soldier, the Skrulls could survive in the ice as they have enhanced strength and have even been able to mimic the powers of superheroes in Marvel Comics.

Let us know in the comments if you think this theory stands up.