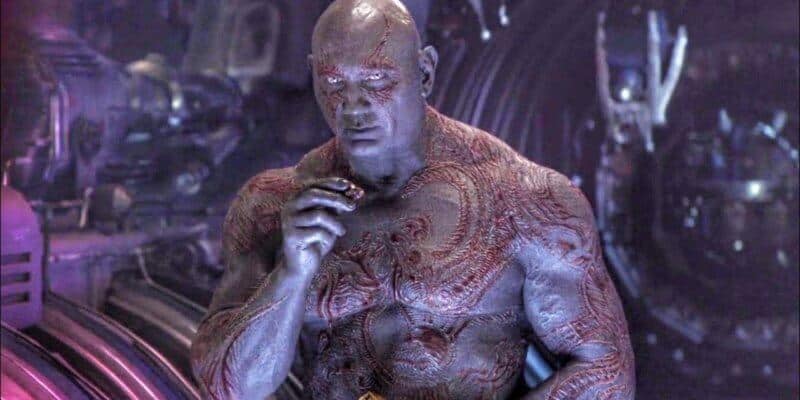 Now in the latter half of 2021, Marvel shows no signs of slowing down. With one television show currently airing on Disney+, and two more on the way apparently (Hawkeye and Ms. Marvel), Shang-Chi and the Legend of the Ten Rings (2021) smashing box office expectations and another two blockbuster movies coming before the year is up, Kevin Feige’s Marvel Studios is riding the wave of success.

However, with success comes inevitable bumps along the road, and Marvel’s What If…? seems to be causing a little controversy over its casting. 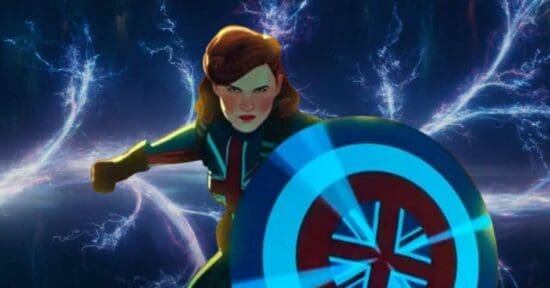 The new alternate reality show from the Marvel studio sees our favorite heroes and villains in a slew of unfamiliar scenarios. Debuting at the start of last month, Marvel’s What If…? asks what would happen if momentous events in the Marvel Cinematic Universe had happened differently. So far we’ve seen Peggy Carter (Hayley Atwell) become Captain Carter, T’Challa (Chadwick Boseman) growing up as Star-Lord, the Avenger squad ceasing to exist, Doctor Strange (Benedict Cumberbatch) destroying time itself, and most recently…zombies.

And that last one just made MCU history by mentioning a famous character for the first time.

The new series is anchored by the show’s narrator, The Watcher (Jeffrey Wright), who cannot interfere in these alternate universes that play with the newly discovered Multiverse. Marvel fans can rejoice in the fact that — despite the show issuing in new events for the MCU — the performers that have made the Marvel Universe what it is today have returned, for the most part, to play their animated counterparts.

However, even though actors like Sebastian Stan (Bucky Barnes), Chris Hemsworth (Thor), Josh Brolin (Thanos), Tom Hiddleston (Loki), and Mark Ruffalo (Bruce Banner) have returned to voice their What If…? characters, there are some exceptions from the Marvel Comics adaptation.

Brie Larson isn’t back as Captain Marvel, and neither is Tom Holland as Spider-Man despite both having upcoming films in the MCU. Another actor that is missing from the cast list is Dave Bautista, who plays fan-favorite Drax the Destroyer in James Gunn’s Guardians of the Galaxy franchise. Robert Downey Jr. (Tony Stark/Iron Man), Scarlett Johansson (Natasha Romanoff/Black Widow), and Chris Evans (Steve Rogers/Captain America) aren’t back either, but that isn’t as surprising considering their MCU time is seemingly up.

It is not fully known why contracted actors didn’t voice their characters in What If…?, but there have been some suggestions that it may be down to scheduling. however, a few weeks ago, Bautista replied to a question on social media about why he wasn’t voicing the character he made famous on the big screen, and, well, it seems that Marvel never asked him.

Drax the Destroyer showed up in What If…? Episode 2, “What If…T’Challa Became a Star-Lord?” which saw the late Chadwick Boseman star as an alternate version of Chris Pratt’s Star-Lord instead of the Black Panther. Also in the episode were Brolin’s Thanos, Karen Gillan’s Nebula, Benicio del Toro’s The Collector, and Drax — however, here, the comical Guardian of the Galaxy was played by Fred Tatasciore.

With an uncanny resemblance to Bautista’s vocal style for Drax, it is easy to forget that it is not the live-action actor’s voice but Tatasciore’s instead. Now, three weeks after the alternate universe episode aired, Tatasciore has finally spoken out about replacing Bautista in this latest MCU project.

Speaking to Comic Book Movie, the prolific voice actor had this to say:

“Yeah, not to speak out of school, but quite frankly, I had no idea what happened. It sounds like there must have been a snafu somewhere. I don’t know,” Fred admitted. “I’m basically just…I do a voice match for him [Laughs]. I wasn’t sure how it went down. Drax tends to be one of my favourite characters. He makes me laugh so much. Just that whole [adopts Drax’s voice], ‘Haha, you must feel pretty stupid then!’ I love how on the nose he is.”

Tatasciore goes on to acknowledge the other iterations of Drax that have come before.

“David Sobolov plays him so beautifully in the animated series. I would record with him and laugh every time. I loved what Dave Bautista did too. I just loved it, but was honoured and don’t want to make any waves with anybody. We just audition and I certainly didn’t know what it was for. We’re just thrown stuff and try to do it. I had so much fun working on that show. It was such a joy to do.”

Sobolov voiced Drax in the non-canon Guardians of the Galaxy television series on Disney XD, as well as in other non-canon media. What is notable about Bautista’s absence from What If…? is that Marvel’s latest project is MCU canon.

For fans wanting to see more of Bautista’s Drax, the character will return alongside Pratt (Peter Quill/Star-Lord), Gillan (Nebula), Bradley Cooper (Rocket Raccoon), Vin Diesel (Groot), as well as Hemsworth (Thor), Natalie Portman (Jane Foster/Mighty Thor), and Tessa Thompson (Valkyrie), in Taika Waititi’s Thor: Love and Thunder (2022). The actor will then go on to star with the Guardians cast in Guardians of the Galaxy Holiday Special (2022) and Guardians of the Galaxy Vol. 3 (2023), the latter being the end of the popular MCU franchise.

What do you think of this new MCU Drax? Let us know in the comments!