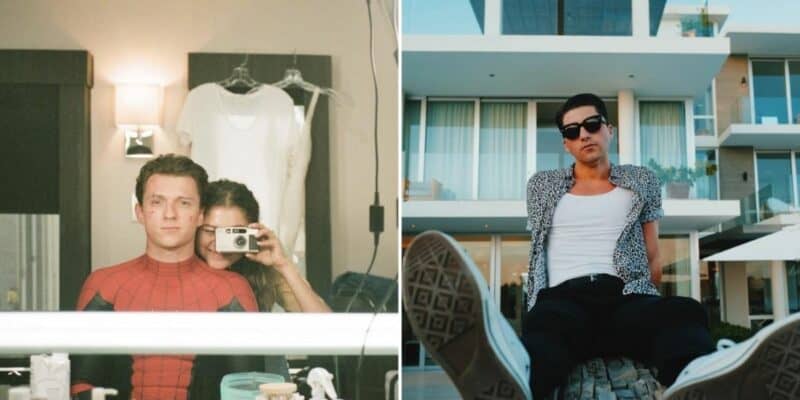 Marvel’s What If…? is now in the final third of its first season, and with all the madness, mayhem, and Multiverse came a slew of new actors voicing our popular heroes, one of which was the fan-favorite, Spider-Man.

Since 2016, Tom Holland has been the World’s cinematic Spider-Man. Debuting in Captain America: Civil War, the web-slinging superhero is one of the MCU’s most popular Avengers. With two solo films already under his belt, Holland will return this December in his third and final headline outing as the friendly neighborhood Spider-Man, but as it happens, the MCU quietly debuted a new Spidey actor despite Holland’s upcoming appearance in the onscreen Marvel Universe. That actor has now spoken out.

Heading quickly toward its climax, Marvel’s What If…? has introduced fans to new characters and alternate realities. The show — which debuted August 11 exclusively on Disney+ — brings together the Multiverse’s greatest heroes, with their stories being told by the show’s narrator, The Watcher (Jeffrey Wright). While Wright is a newcomer to the MCU, most of the huge catalog of actors have returned to reprise their characters for the small screen, and the show may even have the MCU’s next big crossover event if the new trailer is anything to go by!

Off the back of his leading role in The Falcon and the Winter Soldier, Sebastian Stan has returned as Bucky Barnes AKA the Winter Soldier. Stan is joined by his Captain America: The First Avenger (2011) co-star, Hayley Atwell as Peggy Carter, or as the What If…? universe knows her as, Captain Carter — the new Captain America. Unfortunately for Chris Evans fans, this alternate universe version of Steve Rogers, or the HYDRA Stomper, is voiced by Josh Keaton.

In addition to these three, the late Chadwick Boseman returned for his final Marvel performance alongside other actors like Mark Ruffalo (Bruce Banner/Hulk), Chris Hemsworth (Thor), Danai Gurira (Okoye), Jeremy Renner (Clint Barton/Hawkeye), and Benedict Cumberbatch (Doctor Stephen Strange/Doctor Strange Supreme), among many others. Notably, though, some contracted MCU stars did not lend their vocal talents to What If…?, and instead Marvel replaced them with new actors.

It wasn’t a surprise that Robert Downey Jr., along with Evans, did not return to voice his historic Avenger character. Neither was Scarlett Johansson’s absence as Natasha Romanoff AKA Black Widow due to her final solo outing with Cate Shortland’s Black Widow (2021) also debuting this year — What If…? sees Lake Bell voice the former Red Room assassin.

Spider-Man recently appeared in What If…? in Episode 6, “What If…Zombies?!”, revealing that Hudson Thames has replaced Holland as Spidey. The episode drew inspiration from the Marvel Zombies comic book storyline pitting the alternate versions of these characters against zombie hordes.

Earlier this year, executive producer Brad Winderbaum weighed in on Holland and What If…?, alluding to the actor’s contractual agreements with Sony causing a potential issue over his voicing of the animated hero. Now, Thames himself has finally spoken out about taking on the legendary role.

Speaking to The Direct, Thames explained his secretive procedure to becoming part of the MCU:

“It was honestly a pretty standard procedure in terms of arriving at the role. I got called for this audition, and I wasn’t told anything about it. It wasn’t for Spider-Man. It was for something that doesn’t exist. It’s funny, they walked me through at Disney, all the underground secret tunnels or whatever.

I was a super, super, super on the low situation. I went and read a bunch of dialogue. Got a call a week later and said we are going to [do] this thing. I signed a bunch of papers saying I wasn’t going to talk about it. And then we did the dang thing.”

Thames goes on to explain the huge difference between recording lines and seeing his work for the television series with all the production:

“It’s actually funny. With the voiceover situation, you don’t really get the impact of what it is until you see the finished product. And maybe that’s just me. So I voiced the role to a lot of temp illustrations, and it wasn’t really finished.

I did definitely feel like there was a ton of heart in it. I felt the dialogue was written really incredibly. And I already was really excited about it. But, I didn’t really get the full impact until I got a ton of messages at midnight when it came out saying ‘Dude you gotta watch this!’”

The new Spider-Man actor even commented on the historic moment of mentioning Uncle for the first time in the MCU:

Carol Danvers/Captain Marvel and Drax the Destroyer, joined Peter Parker/Spider-Man as characters that were re-casted with new voice actors. The characters who are played by Brie Larson, Dave Bautista, and Tom Holland, respectively, all still have upcoming projects within Kevin Feige’s Marvel Cinematic Universe so their lack of appearance here is more than unusual.

Director Bryan Andrews has alluded to the fact that scheduling might have disrupted the casting — Larson’s The Marvels (2022) and Holland’s Spider-Man: No Way Home (2021) — are higher up the release schedule, after all. Bautista, however, claims he was never asked to be part of What If…?

What If…? continues on Disney+. With a second season already announced, it seems fans just can’t get enough of this new alternate reality animated series, a series that really could be a LOT more vital to the MCU than we first thought.

Do you think Hudson Thames did a good job of bringing Spider-Man to the small screen? Let us know in the comments!