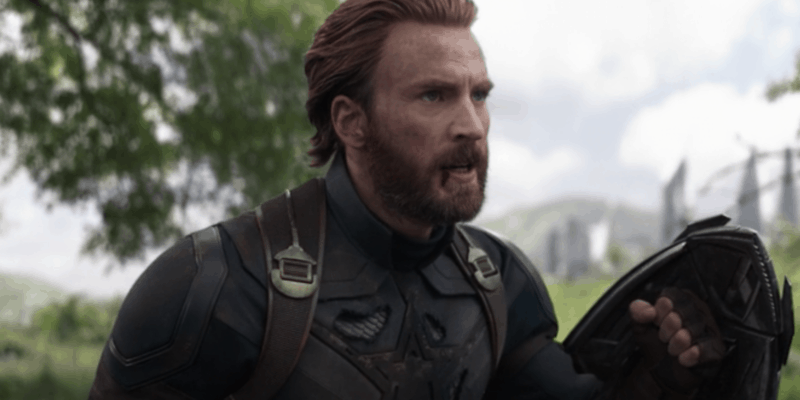 Last week, Marvel’s latest television show debuted on Disney+. What If…? explores alternate versions of key moments from the Marvel Cinematic Universe, asking what would occur if they happened a different way.

The latest foray into small-screen media — which is based on a popular Marvel Comics series — also serves as the MCU’s first animated show. Yet, despite bringing back most of Marvel Studios’ huge roster of characters, there are some big names missing. One of those is the Marvel Universe’s first Avenger, Captain America.

Marvel’s What If…? examines the MCU’s characters against the backdrop of various alternate realities. The series brings back many returning live-action performers to voice their animated counterparts like Doctor Strange (Benedict Cumberbatch), Thor (Chris Hemsworth), Thanos (Josh Brolin), and Bucky Barnes AKA Winter Soldier (Sebastian Stan). However, some fan-favorite superheroes have been recast for this next stage of Marvel’s Phase 4.

Brie Larson will not be voicing Captain Marvel, and recently, the studio weighed in on why Tom Holland won’t be back as Spider-Man. The recasting of these two characters, among others like Dave Bautista’s Drax the Destroyer, is unusual in the fact that they have upcoming projects in the future of Kevin Feige’s MCU.

Remarkably, even though their contracts are up, Robert Downey Jr. and Chris Evans do feature in their own alternate reality as Tony Stark/Iron Man, and Steve Rogers/Captain America, respectively. Like Downey Jr., Evans’s character has also been replaced with a new actor, and he has finally spoken out about taking over the iconic star-spangled Avenger in this alternate universe.

Who is playing Captain America in What If…?

Speaking to The Direct, Josh Keaton — known for his work on Voltron: Legendary Defender and The Spectacular Spider-Man — revealed what it was like to take on the role Evans made MCU famous.

“I basically went through all the movies that I had and just pulled the audio from all the stuff that he was saying. And so yeah, I definitely did reference those scenes, especially the ones that were going to be paralleled, because as you know from watching the episode, not everything has an exact parallel in the movie.

So for [the stuff that there was no direct parallel for], it was me doing my interpretation of how I assumed he would’ve played it.”

Keaton goes on to say how he hoped to keep his take on Steve Rogers “authentic” and how the importance of working with the director, Bryan Andrews, as much as possible was integral to his performance. Andrews recently spoke out about the aforementioned recasting situation, alluding to schedule issues as a major reason for actors not returning to the new show.

“So, at that point it’s up to you to ask the director as many questions as you can to try to help inform you of what’s going on in the scene. How close are they to each other? Are they trying to be secretive here? Is there battle noise here? Is he winded from just having finished a fight?”

As a seasoned voiceover actor, Keaton describes how challenging this type of acting can be.

“Voice acting is definitely difficult. Like, it’s not just reading lines […] you have to inform all of that context with just your voice. I came from on-camera acting, that’s actually how I got into the business, and when you’re acting on camera you have the other person to play off of.”

So far, Marvel’s What If…? has seen Steve Rogers take a sidestep in his alternate reality storyline, paving way for Hayley Atwell’s Peggy Carter to take the super-soldier serum and becoming Captain Carter. The late Chadwick Boseman also began his final outing as the iconic T’Challa in the second episode of the series, which saw him become the new Star-Lord instead of the Black Panther.

Earlier this year, Marvel blasted open the Multiverse with the showstopping Loki finale that also introduced the new Big Bad into the MCU. The Multiverse, and likely the Sacred Timeline, will probably continue to be key players in the future of Phase 4 with Spider-Man: No Way Home (2021) and Doctor Strange in the Multiverse of Madness (2022) set to include big Multiversal events.

Captain America will return in Captain America 4 which sees Anthony Mackie return after taking up the mantle in Malcolm Spellman’s The Falcon and the Winter Soldier earlier this year.

Are you watching Marvel’s What If…? Let us know in the comments!