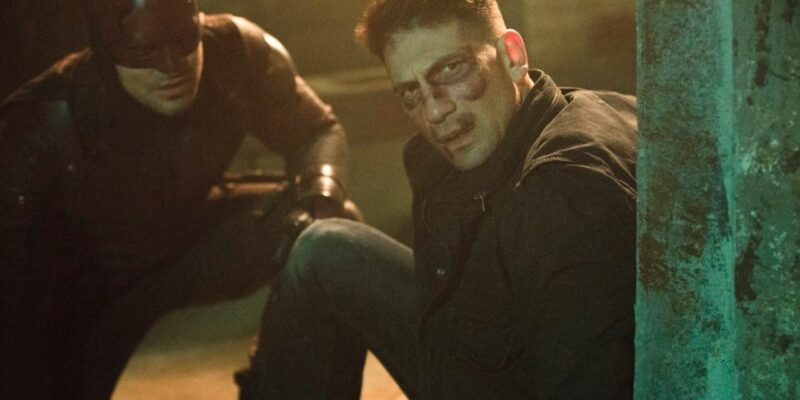 Related: Kevin Feige Thought ‘Loki’ Was “Too Much” For MCU Fans

After Charlie Cox made his debut into the MCU with Spider-Man No Way Home (2021), it’s no surprise that the Netflix series surged back to the top of streaming charts. Marvel didn’t want Netflix to profit off of their success so they are moving the Netflix Marvel shows to Disney+.

Of course, Marvel had this planned out for a while, but fans are excited to see these characters possibly join the MCU. Fans want to see more of Jon Bernthal’s Punisher as they hope the antihero will have a role in the Marvel Cinematic Universe.

Before Disney+ announced the shows were coming Disney+, fans were concerned that Marvel would ruin the Netlfix Marvel characters. Fans thought Marvel would make the shows appeal more to kids rather than to the original fan base which would have been worse than having the series canceled.

It seems that Marvel has made it clear that TV-MA content can exist on Disney+ which has gotten many fans excited for the MCU’s future, but some people don’t feel the same way. PTC made it clear that they believe this decision will “tarnish” Disney’s reputation as a reliable service for families.

Related: ‘Daredevil’ Star Calls Out Franchise For Being “Totally Confusing”

Despite Disney+ confirming that the service will now have parental controls, PTC made it clear that they felt Disney was ruining their reputation as a family-friendly service. This isn’t the first time Disney has announced that they will allow or create mature content as Ryan Reynolds’ Deadpool 3 is confirmed to be R-rated and will be in the MCU.

After the Fox merger, Bob Iger assured fans that any R-rated shows would be placed under a different “banner” in order to keep Disney+ family-friendly. “We will continue in that business,” Iger reassured Marvel fans while adding that there’s a certain “popularity” for R-rated superhero movies. One example would be Joaquin Phoenix’s Joker (2019) which had tremendous success as an R-rated movie that earned more than a billion dollars at the box office.

Disney has Deadpool (2016) and Deadpool 2 (2018) on Hulu, but now it seems that those movies will eventually make their way to Disney+. It seems that Disney will be relying on parental controls to ensure that their platform will stay family-friendly.

Related: Marvel Admits They “Cut Back” Daredevil Scenes in ‘Spider-Man’

After March 16, families will know how efficient the parental controls are and if they aren’t working properly, the streaming platform will definitely receive some backlash.

Marvel fans don’t necessarily just want gritty and dark R-rated movies. Their main concern is that certain characters like Deadpool or the Punisher will be made kid-friendly for the MCU. For example, many fans want to see Deadpool and Tom Holland’s Spider-Man do a crossover if Deadpool won’t be ruined in the process.

The Batman (2022) is a great example of what fans want as Robert Pattinson’s Batman is broody and dark in a PG-13 movie. Batman beats up thugs with no mercy, but there isn’t any blood or gore. The movie does a great job at showing the darker elements of Gotham without overdoing it which is why the film can ride the line between PG-13 and R-rated film.

Daredevil and The Punisher both had a lot of bloody fight scenes and it would be hard picturing the two shows without all the blood, but it can work if done right. Marvel fans don’t trust Marvel with R-rated films because the MCU hasn’t officially made an R-rated MCU movie.

Marvel has already started to move closer to more mature content in Phase Four of the Marvel Cinematic Universe. Eternals (2021) had the first sex scene shown in an MCU movie and it won’t be the last one to appear if Disney continues to have TV-MA and R-rated content. Oscar Isaac’s Moon Knight will be one of the more violent MCU projects with grittier fight scenes. Mahershala’s Ali’s Blade may be an R-rated movie as the character is a vampire hunter and will most likely be involved in some bloody fights.

Many Marvel fans have been asking for years for mature content in the MCU and it seems that their wish has been granted. No matter what, it seems that Disney can’t win, but the company has decided for the moment to move forward with more mature content as Daredevil, Punisher, Jessica Jones, Luke Cage, Iron Fist, and The Defenders debut on Disney+ on March 16.

Do you think that Disney will continue to make TV-MA content?
On Disney+  you can expect Moon Knight on March 30, Ms. Marvel in Summer 2022, and She-Hulk to debut this year. For movies, Doctor Strange In the Multiverse of Madness comes out on May 6, followed by Thor: Love and Thunder on July 8, and Black Panther: Wakanda Forever on November 11.