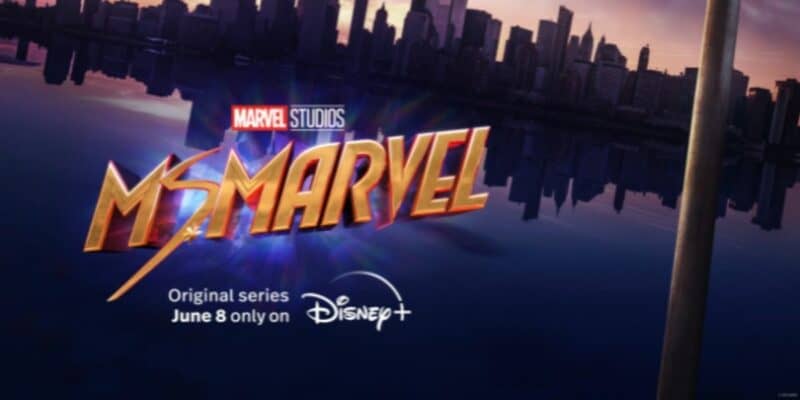 Today, Disney+ announced the release date for Ms. Marvel (2022) as well as the trailer and poster for the upcoming Marvel Cinematic Universe episodic. The television show will follow teenager Kamala Khan (Iman Vellani) in a coming-of-age story with a super twist.

Launching exclusively on the Disney+ streaming service, Ms. Marvel can be viewed starting June 8, 2022. The new Marvel studio trailer, dropping with the heroic poster, gives viewers a first look at the MCU’s newest Super Hero (not new to Marvel Comic readers) as she tries to balance high-school life, her family, and her emerging superpowers. Marvel Studios’ Ms. Marvel is a new, original series that introduces Kamala Khan, a Muslim American teenager growing up in Jersey City. An avid gamer and a voracious fan-fiction scribe, Kamala is a Super Hero mega-fan with an oversized imagination-particularly when it comes to Captain Marvel, Carol Danvers (Brie Larson).

The future is in her hands. Ms. Marvel, an Original series from Marvel Studios, starts streaming June 8 on Disney+.

Disney+ is the dedicated streaming home for movies and shows from Disney, Pixar, Marvel, Star Wars, and National Geographic, along with The Simpsons and much more. In select international markets, it also includes the new general entertainment content brand, Star. The flagship direct-to-consumer streaming service from The Walt Disney Company, Disney+ is part of the Disney Media & Entertainment Distribution segment. The service offers commercial-free streaming alongside an ever-growing collection of exclusive originals, including feature-length films, documentaries, live-action and animated series, and short-form content. With unprecedented access to Disney’s long history of incredible film and television entertainment, Disney+ is also the exclusive streaming home for the newest releases from The Walt Disney Studios. Disney+ is available as a standalone streaming service or as part of The Disney Bundle that gives subscribers access to Disney+, Hulu, and ESPN+. For more, visit disneyplus.com, or find the Disney+ app on most mobile and connected TV devices.

Will you be watching the newest story in the Marvel Cinematic Universe? Leave us a comment below!

Comments Off on ‘Ms. Marvel’ Gets Disney+ Release Date and Trailer