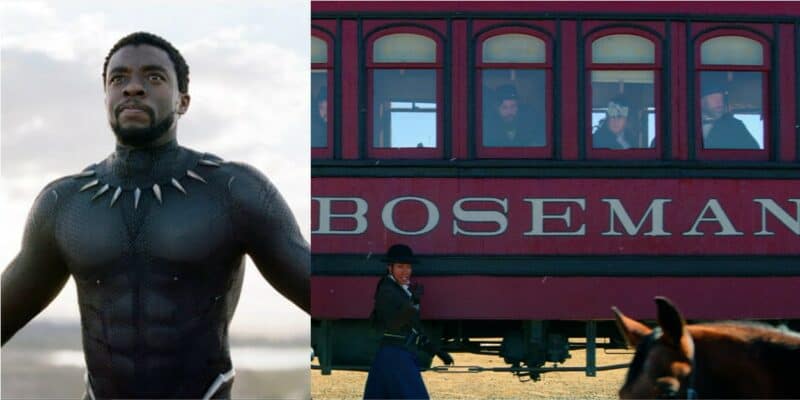 It’s hard to believe Chadwick Boseman, the incredible actor that played Marvel Cinematic Universe’s (MCU) superhero Black Panther has been gone for one year now after his battle with cancer. Boseman’s acting career before and during the MCU films will forever carry with Black Panther fans around the globe. Most recently, a special nod to the greatly missed actor has been revealed in train form.

Jeymes Samuel, The Harder They Fall director, writer, producer, and composer named one of the trains in the film after Chadwick Boseman to honor his legacy. A Netflix Twitter account shared an image of the now-infamous train as seen below.

@strongblacklead took to Twitter to share, “Our favorite trivia from #TheHarderTheyFall might be the fact that the train is named after our forever king, Chadwick Aaron Boseman.”

Truly an excellent nod to the greatly missed Chadwick Boseman. From murals to college renaming, and more, Boseman’s legacy continues to live on. #WakandaForever

Did you spot Boseman’s name on the train in Netflix’s new original film, The Harder They Fall?