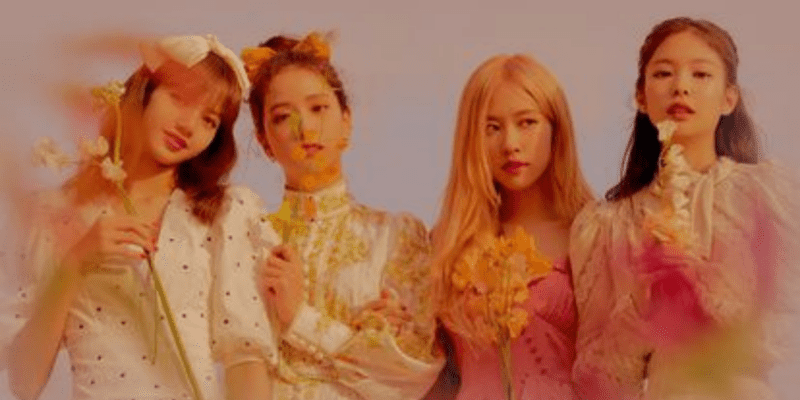 Recently, Disney+ announced that Blackpink will be getting their own movie on the streaming platform directed by Oh Yoon-Dong and Jung Su-Yee. The movie will celebrate the K-Pop (Korean Pop) groups achievements over the years and is also being made in an effort to expand Disney+’s popularity within the Asia-Pacific region.

More on Blackpink: The Movie

Disney+ describes the Blackpink movie as the following:

This new film includes never-seen-before interviews and over 10 sets of live performances including BLACKPINK’s recent concerts “The Show” in 2021 and “In Your Area” in 2018.  In addition to interviews with all of the members of the band, Jisoo, Jennie, Rosé and Lisa.

The K-Pop group formed in 2016, dropping their first album titled Square One (2016). Blackpink started to find its members after YG Entertainment held tryouts for their new girl group. The singers that were handpicked from the worldwide tryouts were Jisoo, Jennie, Rose, and Lisa, who are all still members of Blackpink today.

Blackpink has climbed the charts over the last five years, earning multiple spots on Bilboard’s top ten list with songs such as “Ice Cream” (2020),  as well as earning a number one hit with their song “Lovesick Girls” (2020). In 2020, Blackpink landed a collaboration on American pop star Lady Gaga’s album Chromatica. The song titled “Sour Candy” was released in May 2020 and gave Blackpink their first top 40 hit.

Blackpink tweeted their excitement about one of their songs reaching over one-billion views:

BLINKs worldwide, thank you so much!

Already having achieved so much in the short five years they have been together, Blackpink is destined to continue their rise to the top of K-Pop royalty.

Disney+ and the Asia-Pacific Region

Disney+ has announced 27 new projects coming to their streaming platform in an effort to increase their popularity within the heavily populated Asia-Pacific region. All titles within this expansion will be in native Asian-Pacific languages and will tie in aspects of the region’s cultures.

Below is an example of what’s to come for the region, previewing the titles slated for China:

Disney+ is already available in countries in Asia including Japan, Indonesia, and Singapore, to name a few, and is also scheduled to launch this coming November in Taiwan, South Korea, and Hong Kong.

Deadline Hollywood announced the casting of a K-Pop star for one of the series within the expansion:

In an interview with Variety, Luke Kang, president of Disney’s Asia-Pacific branch, talks about why this expansion is so important.

“We are being led by the consumer. Consumers are telling us in multiple markets that they are engaging with digital for our brands and franchises, and for a lot of entertainment content. The Disney Plus OTT strategy is part of that.”

The already popular Disney+ service will continue to grow in regions worldwide. This Asian-Pacific expansion will be a great trail for the continued success of Disney’s streaming platform while facing other competitors in the industry, including Netflix.