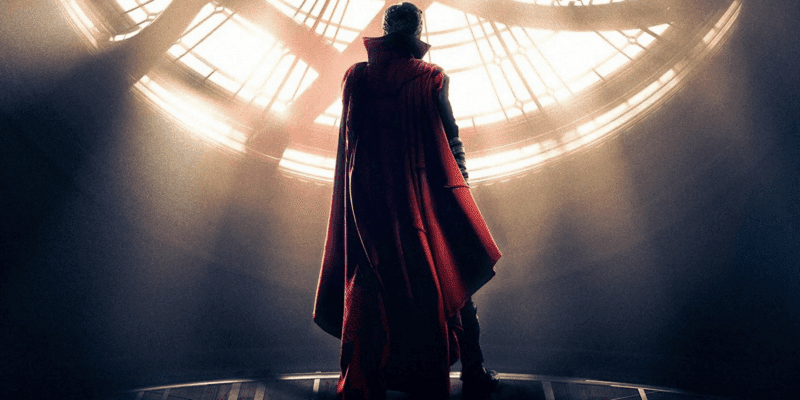 Related: Columbia University Is “Hiding an Infinity Stone,” Embraces Its Most Famous “Alum”

The Marvel Cinematic Universe has not shown much of the Sanctum Santorum or the secrets housed within. The strangest house in Marvel Comics holds endless magical artifacts and consists of a series of maze-like rooms – some of which exist in other dimensions.

So here is a guide to tell you all the things Marvel Studios has not told you and answer the question, What is the Sanctum Sanctorum?

Related: Did Marvel Just Confirm They Will Kill Doctor Strange This Year?

Residents of the Sanctum Sanctorum

The Sanctum Sanctorum first appeared in Doctor Strange (2016) and again briefly in Thor: Ragnarok (2017) and Avengers: Infinity War (2018). But fans saw it again in the recent trailer for Spider-Man: No Way Home (December 17, 2021), looking like Elsa from Frozen (2013) had paid Marvel’s magician a visit.

The No Way Home trailer shows Wong (Benedict Wong) leaving the Sanctum for unknown reasons – perhaps heading off to his appearance in Shang-Chi and the Legend of the Ten Rings (2021). This leaves Doctor Strange and Peter Parker AKA Spider-Man (Tom Holland) to get into trouble without his guidance.

What does Wong do in the Sanctum Sanctorum?

Wong is the only other resident of the Sanctum besides Doctor Strange that Marvel fans have seen in the MCU. In Marvel Comics, Wong originally served as Doctor Strange’s problematic manservant. Created by Stan Lee and Steve Ditko, Wong first appeared in the comics in 1963’s Strange Tales #110. In the comics, he’s a bit of a stereotype – so much so Doctor Strange director Scott Derrickson briefly considered cutting him from the Marvel movie.

Luckily the version of Wong in the Marvel Cinematic Universe is a powerful sorcerer in his own right. He is no longer a servant but Stephen Strange’s close ally and teacher. Wong and Strange first met in Kamar Taj where Wong worked as the librarian and Wong has gone on to help defend the Sanctum alongside Doctor Strange – including taking out Cull Obsidian (Terry Notary) of the Black Order in Infinity War. He will be a crucial force for good in Doctor Strange in the Multiverse of Madness (March 25, 2022).

Who else lives in the Sanctum Sanctorum?

In the MCU there have only been two confirmed residents of the New York City Sanctum: Wong and Strange. However, in the comic books, there have been many residents who have crashed on Strange’s couch at one time or another. Including, Clea – Doctor Strange’s love interest who is rumored to appear in Multiverse of Madness after leaked concept art revealed a woman with her signature white hair.

Some have theorized that the Sorceress Supreme will come from an alternate universe and be combine with Rachel McAdams’s Christine Palmer. Though many had been pushing for Emma Watson (Harry Potter, Beauty and the Beast) in the role of Clea for years.

The Hong Kong Sanctum is guarded by Tina Minoru (Linda Louise Duan). Tina Minoru is the mother of Nico Minoru, the magic-user of the Runaways, who were seen on the Runaways show on Hulu. Runaways is not MCU canon and Tina is played by Brittany Ishibashi (Grace and Frankie). Both Tina and Nico wield the Staff of One, which is seen briefly in Doctor Strange.

Who lived in the Sanctum Sanctorum before Dr. Strange?

Daniel died and became bound to his brother Jericho Drumm, who would use his powers to become the second Brother Voodoo also known as Doctor Voodoo. Doctor Voodoo become the Sorcerer Supreme for a while and is also rumored to make his MCU debut in Doctor Strange in the Multiverse of Madness.

Location of the Sanctum Sanctorum

In the Marvel Cinematic Universe, the three Sanctum Sanctorum were built by the father of the mystic arts — Agamotto — on magic strongholds, where great cities would eventually grow. They serve as magical focal points and in Marvel Comics the Sanctum was built on the nerve centers of dragon ley lines.

Where is the Sanctum Sanctorum located?

Doctor Strange’s Sanctum Sanctorum is located on 177A Bleecker St in Greenwich Village, New York. Like 221b Baker Street, where Benedict Cumberbatch’s Sherlock Holmes lives, the address of 177a Bleecker Street is a fictional house number on a real street. The real 177 Bleecker Street is a grocery store, with no 177a to be seen. However, Marvel fans have found the Sanctum on Google Maps.

If Marvel fans want to see a Sanctum in our world, they will have to head to Disney California Adventure Park in Anaheim, California to visit Avengers Campus.Doctor Strange will teach Guests all about the mystic arts outside the Ancient Sanctum.

Related: Marvel Studios Has a Christmas Surprise For Fans

Where is Kamar Taj?

Kamar Taj is the House of Wisdom where Masters of the Mystic Arts are trained. It is not one of the Sanctum Sanctorum (a Latin phrase which means Holy of Holies) however it is an important setting in Doctor Strange’s story. Benedict Cumberbatch’s Doctor Strange travels to the temple at Kamar Taj after he loses the ability to use his hands in a car accident

In Marvel Comics, Kamar Taj is located in Tibet but in the MCU this was changed to Nepal so that the Chinese government would allow the Marvel movie to be released in Chinese theaters. The erasure of Tibet received backlash, especially since it was part of the reason the Ancient One (Tilda Swinton) was whitewashed in Doctor Strange, which Marvel Studios President Kevin Feige regrets.

Related: Marvel Literally Made List of Asian Stereotypes to “Destroy” in ‘Shang-Chi’

Defense of the Sanctum Sanctorum

It is vitally important that the Sanctums and their protective shield around the world are always protected. So much so that when Stephen Strange was kidnapped by Ebony Maw (Tom Vaughan-Lawlor) in Infinity War, Wong leaves the rescue to Tony Stark AKA Iron Man (Robert Downey Jr.), and immediately returns to the Sanctum.

Should one or more of the Sanctums ever fall, it would allow threats from the Dark Dimension like Dormammu or Shuma Gorath to attack the Earth. The Spider-Man: No Way Home trailer showed that Doctor Strange’s spell could have caused damage to the New York Sanctum, which could lead directly to the events of Multiverse of Madness.

How does the Sanctum Sanctorum protect itself?

The Sanctums have powerful protected wards. However, that has not stopped it from being invaded or destroyed. In the Marvel Comics Midnight Sons, Doctor Strange casts a spell that backfired and the Sanctum Sanctorum exploded. And those protection spells did not stop the Hulk AKA Bruce Banner (Mark Ruffalo) from crashing through the roof on the Bifrost.

There are other protections in place beyond the role of superheroes in protecting it. The design of the window is the Seal of the Vishanti, also known as the Window of the Worlds. The Vishanti are three magical, god-like beings (Omnipotent Oshtur, Hoary Hogarth, and Agamotto the All-Seeing) who act as the magical power source for the Sorcerer Supreme and defenders of the Earth.

What is the Sanctum Sanctorum protecting?

The Sanctum is home to many mystic artifacts including the Talisman of Abraxas and Dragonfang. In the comics, it’s also the location of many dangerous texts like the Darkhold and the Book Of Cagliostro. It also serves as a prison for evil beings like Tyanon’s familiar or Mister Misery, who was the living embodiment of all the pain and suffering Doctor Strange has endured as Sorcerer Supreme, which is trapped in the basement.

The three-story Victorian-style brownstone townhouse contains doors to other dimensions. The Sanctum can rearrange itself into an M.C. Escher-ian labyrinth. And some rooms exist in other dimensions and it is notoriously hard to navigate. One Sanctum librarian named Zelma Stanton once got lost almost unleashed the Marvel Zombies into the universe.

Alternate Versions of the Sanctum Sanctorum

Where can fans see alternate versions of the Sanctum Sanctorum?

If Spider-Man: No Way Home takes the Sorcerer Supreme and Spider-Man into the new Marvel Multiverse they will certainly find them in alternate versions of the Sanctum. It is not known yet how the new duo will undo the spell that is rumored to bring the Spider-verse to the MCU.

Why is the sanctum sanctorum in The Void in Loki?

Marvel fans also got to see an alternate version in Marvel’s Loki series. The Void at the End of Time is where everything that was pruned by the Time Variance Authority (TVA) ends up. This include Tom Hiddleston’s Loki, who is rumored to appear in Doctor Strange 2.

The episode set in The Void, “Journey Into Mystery”, was chopped full of Easter Eggs, which included a ruined version of the New York Sanctum. Perhaps, it came from an alternate timeline like the one seen in Marvel’s What If…? or some other branch timeline.

Related: Did You Miss The Secret Winter Soldier Reveal In Latest Marvel Show?

The Sanctum Sanctorum will only play a bigger part in Marvel’s Phase 4. Doctor Strange is set to become a central figure in the next Marvel Saga, wherever Marvel Studios is headed.

Let us know in the comments if you have any questions about the significance of the Sanctum Sanctorum in the Marvel Cinematic Universe.