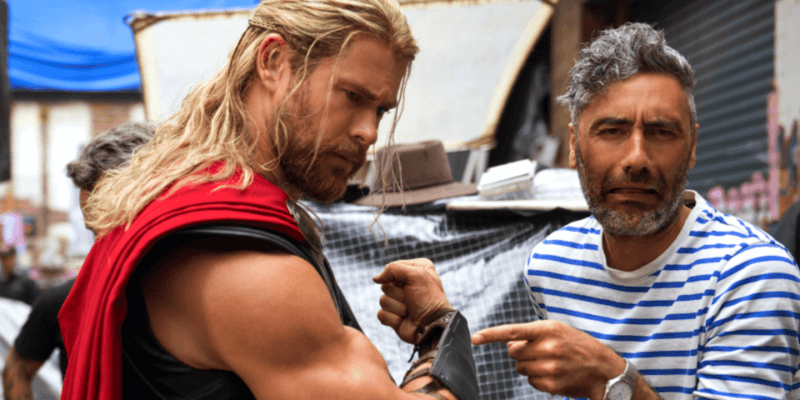 When Thor: Ragnarok came out in 2017, fans loved all of the craziness that the third film in the Thor franchise embraced — who can forget the immortal line “He’s a friend from work!”? However, if you were expecting Thor: Love and Thunder to follow in Ragnarok’s footsteps when it is released next year, then you would be wrong.

Taika Waititi, the director of both Thor: Ragnarok and Thor: Love and Thunder, recently sat down with Empire magazine and spoke about his newest Marvel film and how it will be different from Marvel films of the past.

“Well, just between (me and) you and the readers, I’ve done some crazy s–t in my life. I’ve lived, like, ten lifetimes. But it’s the craziest film I’ve ever done”

What makes the film so different from the others? The fact that it shouldn’t make sense. There are so many different elements that will be brought into Love and Thunder, that the film should not be able to work. However, Waititi’s incredible ability to direct any film will all but guarantee the different elements will blend seamlessly.

“If you wrote down all the elements of this film, it shouldn’t make sense,” Waititi admits. “It’s almost like it shouldn’t be made. If you walked into a room and said, ‘I want this and this and this.’ Who’s in it? These people. What are you going to call it? Love And Thunder. I mean, you’d never work again. Maybe I won’t after this…It’s crazier. I’ll tell you what’s different. There’ll be far more emotion in this film. And a lot more love. And a lot more thunder. And a lot more Thor, if you’ve seen the photos.””

Filming on Thor: Love and Thunder wrapped filming in early June and Waititi shared on Instagram how much love he had for the film and the people who worked on it (and that he may have almost had a nervous breakdown).

And that’s a wrap on Thor: Love and Thunder. ❤️➕⚡️

Sometimes two people come together to inspire the world and change the cinematic landscape forever. And then there’s me and @chrishemsworth who are too cool to care about anything except making movies that bring people absolute joy. Ok I don’t look cool I know that.

This film is the craziest thing I’ve ever done and I’m honoured to bust my ass and have a nervous breakdown so you can all see it in May 2022.

Love and Thunder is currently in post-production and is slated for release on May 6, 2022. The film will also star Natalie Portman, reprising her role as Jane Foster, Chris Pratt as Peter Quill/Star-Lord, Christian Bale as Gorr the God Butcher, and a number of other Marvel characters fans know and love.

Are you excited for the craziness that will be Thor: Love and Thunder? Let us know in the comments!