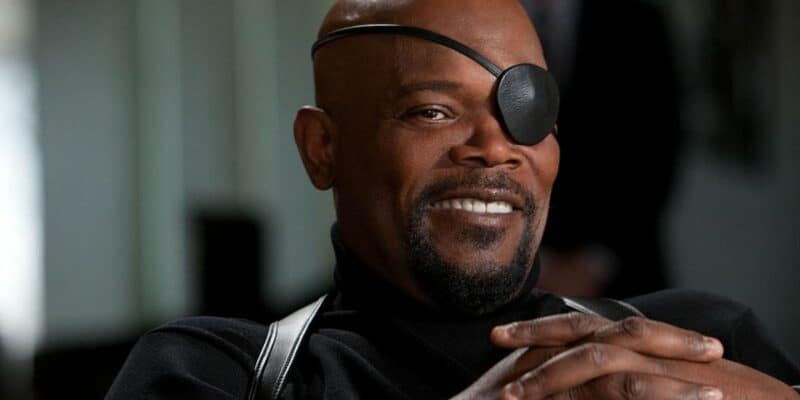 The upcoming Disney+ series, Marvel’s Secret Invasion — led by Samuel L. Jackson as iconic Avenger assembler Nick Fury — is likely due to hit the streamer sometime in 2022. As production gears up, new casting details have emerged that suggest some surprising names from across the Marvel Cinematic Universe — like Anthony Mackie, Tom Hiddleston, and more — will be joining the Secret Invasion cast.

Notably, IMDB cast lists are not official, so this information may be purely speculative. Though, given the shapeshifting nature of the Skrulls — as demonstrated in Captain Marvel (2019) and Spider-Man: Far From Home (2019) — these rumors appear to fit the expected Secret Invasion storyline. The Captain Marvel (2019) spinoff will once again pair Skrull Talos (Ben Mendelsohn) and Nick Fury (Samuel L. Jackson) up against a coterie of evil Skrulls that have been using their shapeshifting abilities to pervade Earth’s society for years.

When the Secret Invasion series was first announced in 2020, many Marvel fans expected it to be a scaled-down version of the sweeping, epic storyline of the same name in Marvel Comics. However, the possible addition of these Marvel Cinematic Universe heavyweights indicates a possible Avengers-level event may be on the horizon. Will we see characters like Loki and Captain America in leading roles? Or, should we expect Skrull lookalikes to embody them for cameos?

In addition to Samuel L. Jackson as Nick Fury, Marvel’s Secret Invasion will feature Ben Mendelsohn reprising his Captain Marvel (2019) role of Fury’s comrade Skrull Talos. Captain Marvel introduced the Skrulls as being on the good side of the intergalactic conflict, the Kree-Skrull War. Audiences last saw Nick Fury aboard a Skrull ship sipping a mai-tai, while a Skrull lookalike served as Fury in the events of Spider-Man: Far From Home (2019).

The new casting rumors present intriguing questions for Marvel fans to chew on in the coming months. If Phil Coulson appears, does that make Agents of S.H.I.E.L.D officially canon? And isn’t Killmonger (Michael B. Jordan) dead? Keeping in mind that the Marvel Comics storyline saw many prominent characters replaced by shapeshifting Skrull lookalikes — not to mention the unleashed Multiverse of variants — anything is possible.

Secret Invasion is expected to premiere in 2022 on Disney+. Following the run of Marvel’s animated series What If…?, Disney+ will has plenty of Marvel Cinematic Universe content on deck. Ms. Marvel (Iman Vellani) and Hawkeye (Jeremy Renner, Hailee Steinfeld) are both expected in late 2021. She-Hulk (Tayana Maslani) and Moon Knight (Oscar Isaac)are also expected in in 2022, with additional Marvel series Ironheart (Dominique Thorne) and Armor Wars (Don Cheadle) slotted to follow.

Do you want to see Loki and Captain America in Marvel’s Secret Invasion? Let us know in the comments!