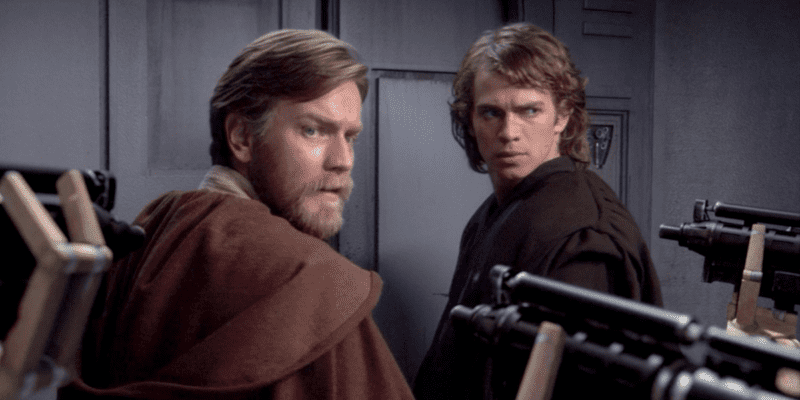 The Star Wars universe just got a lot brighter after Lucasfilm President Kathleen Kennedy confirmed that the second season of Obi-Wan Kenobi is potentially coming.

Every Star Wars fan was left on a cliff after episode six of Obi-Wan Kenobi came to an episodic close with Jedi Master Qui-Gon Jinn (Liam Neeson) appearing as a Force Ghost to Obi-Wan (Ewan McGregor).

With Reva (Moses Ingram) grappling with her newfound redemption and Sith Lord Darth Vader (Hayden Christensen) vowing his allegiance to the Empire, it’s clear that the’s still another Star Wars story to tell before A New Hope (1977).

Now, Lucasfilm seems to be juggling around with the possibility of expanding Kenobi past a “limited series,” with stating Kathleen Kennedy stating “we’ll do it” if there’s enough social engagement from asking for a new chapter, as well as the question of “why” having a solid answer:

“If there’s huge engagement and people really want more Obi-Wan, we’ll certainly give that consideration because the fans, they speak to us.”

"If there's huge engagement and people really want more Obi-Wan, we’ll certainly give that consideration because the fans, they speak to us"

“Well, frankly, we did set out to do that as a limited series. But I think if there’s huge engagement and people really want more Obi-Wan, we’ll certainly give that consideration because the fans, they speak to us,” she adds. “And if we feel like, ‘OK, there’s a real reason to do this; it’s answering the why then,’ then we’ll do it. But we’ll see.

Hayden Christensen and Ewan McGregor are ready to go for another season of Obi-Wan Kenobi, making it clear in numerous interviews that they’re both not retiring their lightsabers any time soon.

But, not every fan is on board for a second season:

I want it, but if it’s forced with no good story to tell then it’s best to leave it.

I want it, but if it’s forced with no good story to tell then it’s best to leave it

Only if they get a new creative team to make it

Only if they get a new creative team to make it

With Obi-Wan Kenobi receiving landmark backlash and negative reviews throughout its run on Disney+, it’s unclear what the future holds concerning these beloved characters and future stories.

Related: Hasbro’s Darksaber Deemed “Most Dangerous” Toy of the Year

Nonetheless, Kathleen Kennedy’s comments are incredibly promising and will hopefully lead to a brighter outlook on the streaming series.

The story begins ten years after the dramatic events of Star Wars: Revenge of the Sith, where Obi-Wan Kenobi faced his most significant defeat—the downfall and corruption of his best friend and Jedi apprentice, Anakin Skywalker, who turned to the dark side as evil Sith Lord Darth Vader.

Within the Star Wars franchise, Lucasfilm is moving past Rogue One: A Star Wars Story (2016) or the controversial Rian Johnson Star Wars film The Last Jedi (2018) as we dive into the Old Republic or explore new realities of the Star Wars universe with each new TV show or the upcoming Star Wars game like Star Wars Jedi: Fallen Order 2 or Star Wars Eclipse.