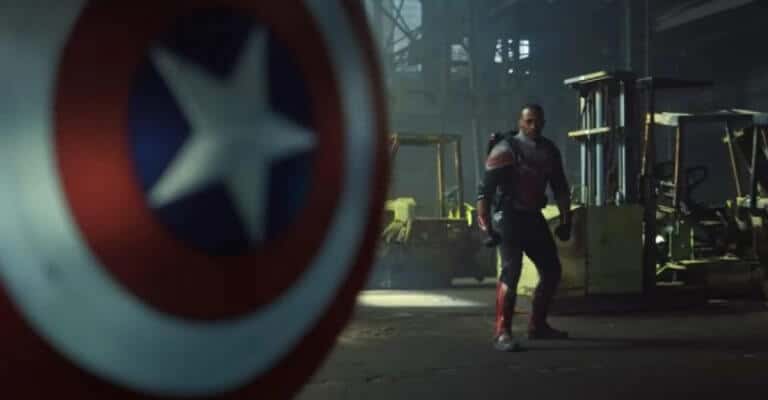 The series saw the MCU returns Bucky Barnes/Winter Soldier (Sebastian Stan) and Sam Wilson/Falcon (Anthony Mackie) as they took on Karli Morgenthau (Erin Kellyman) and the Flag Smashers in a post-Avengers: Endgame (2019) world.

Steve Rogers (Chris Evans) gave his shield to Wilson in Endgame, but the New Orleans native was scared to take up the mantle of Captain America at first, which gave rise to the unfortunate tenure of John Walker (Wyatt Russell).

Eventually, Walker becomes U.S. Agent — a sort of supervillain counterpart to Cap who appears frequently in the Marvel Comics world — and Wilson takes his rightful place as Captain America, a situation which played out in the Season 1 finale episode.

Related: Thanks to Tony Stark, Baymax Is MCU Canon

In the 30-second comic series trailer, Marvel fans see Wilson deflecting shots with his shield — which looks to have been redesigned from Cap’s shield in prior iterations — in what looks to be a subway car. The character is joined by Joaquin Torres, who has assumed Wilson’s former mantle of Falcon.

In a recent interview, Onyebuchi shared some thoughts about the upcoming series, which, again, is due to drop in May 2022:

More on The Falcon and the Winter Soldier

The official description of Marvel’s The Falcon and the Winter Soldier reads:

Following the events of “Avengers: Endgame,” Sam Wilson/Falcon (Anthony Mackie) and Bucky Barnes/Winter Soldier (Sebastian Stan) team up in a global adventure that tests their abilities—and their patience—in Marvel Studios’ “The Falcon and The Winter Soldier.” The all-new series is directed by Kari Skogland; Malcolm Spellman is the head writer.

Will you be reading “Captain America: Symbol of Truth”?