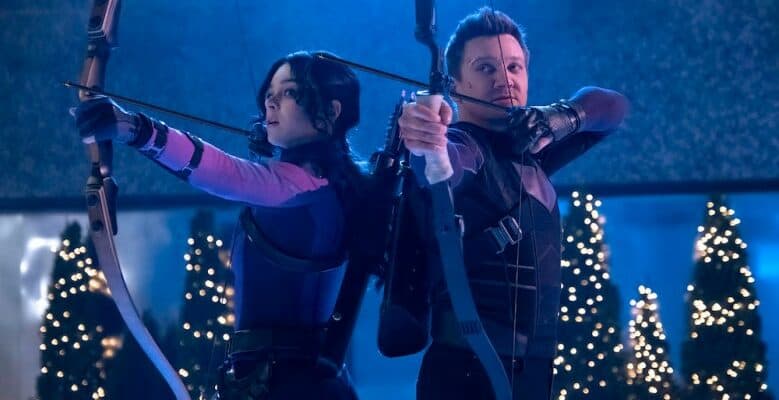 Hawkeye, the latest show to appear on Disney+ brought Hailee Steinfeld as newcomer Kate Bishop to star alongside well-known Marvel alum, Jeremy Renner (Hawkeye/Clint Barton) to save the day from Wilson Fisk/Kingpin  (Vincent D’Onofrio) himself. The series ends on a happy note right before Christmas so everyone can celebrate it together, and Steinfeld herself has confirmed that this is only the beginning of her time in the Marvel Cinematic Universe.

Phase Four has already introduced several characters that have led fans to believe a Young Avengers project is imminent. With WandaVision bringing in Tommy and Billy Maximoff,  The Falcon and the Winter Soldier introducing Eli Bradley, Kamala Khan being introduced in Ms. Marvel (Summer 2022), and Cassie Lang from Ant-Man and the Wasp: Quantumania  (May 2023) already sets up a good cast with Kate Bishop to join the ranks. Kevin Feige also spoke on this in an interview last year:

“As a comic fan, anything in the comics is always our inspiration and our guide point. How those things come together and in what shape, it’s always subverting expectations, it’s always half the fun as meeting them. But, yes, you can certainly see that Phase 4 is introducing all sorts of new types of characters with the potential being endless.”

With this in mind, the question isn’t if we will see the Young Avengers, but when.

Reports about the Young Avengers rose up again due to Colin Seifert posting a picture of himself with Hailee Steinfeld with a caption saying, “MARVELous things” are coming this year:

This tease by Seifert had many fans thinking that he could be playing Tommy Maximoff (Speed) — who appeared in WandaVision as a young child — in a future MCU project. On top of this, Seifert posted another picture of him with Matt Ramos (“supes”) leading fans to really begin to believe that Seifert could be taking on the role as his caption read, “RUN IT 🔥 24 hours is a long time⏳” which seems to be a tease of Seifert actually playing Speed.

Other fans on Twitter were quick to see what Hailee Steinfeld had to say and her activity on Twitter didn’t disappoint. Twitter user, @QuidVacuo claims Hailee Steinfeld liked two tweets with one of them stating Colin Seifert in any Marvel role is false.

“I think he just met her randomly and is now trying to trick people that he’s working with her in Young Avengers.”

What’s interesting is the fact that the Maryland-born actor is trying to trick fans into believing he is a part of the Marvel Cinematic Universe.

If you want to see more from possible Young Avenger recruits, make sure to go see America Chavez in Doctor Strange in the Multiverse of Madness on May 6 and Kamala Khan in Ms. Marvel in Summer 2022.

Related: Who is the Mysterious New Avenger in ‘Doctor Strange 2’? Everything You Need to Know About America Chavez

When do you think a Young Avengers Project will be announced? Let us know in the comment below!