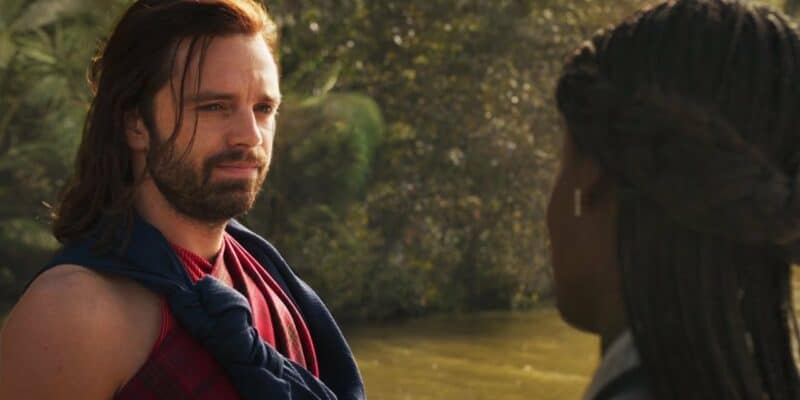 From there, Bucky is the central figure in Captain America: Civil War (2016) as Zemo (Daniel Brühl) frames Bucky as a terrorist who hasn’t changed. After the events of Infinity War (2018) and Endgame (2019), Bucky has to live in a world without Rogers and learns to trust Anthony Mackie’s Sam Wilson/Falcon.

During an interview with Esquire, one of the segment title cards set up Sebastian Stan’s story:

Sebastian learned he was going to be in Black Panther while standing at baggage claim with [Marvel Studios president] Kevin Feige after a flight, where Feige offhandedly mentioned it.

Stan confirmed the story, as many fans had already heard about it after the actor mentioned it during his Infinity War press tour, and went on to say:

Related: Reported ‘Avengers’ Trilogy to Be BIGGER Than ‘Endgame’

It’s crazy to think that someone like Kevin Feige would tell Sebastian Stan these important details so close to the shoot, but it also tracks with the famous secrecy of the MCU. Of course, these things must be planned far in advance, but I guess Marvel is just as tight-lipped about some cameos and appearances.

We do know that some Marvel actors know their roles far in advance, like Andrew Garfield knowing he would return as Spider-Man for quite some time. Nonetheless, it is quite funny that Feige shared this info with Stan at baggage claim.

Bucky Barnes most likely won’t appear in the MCU anytime soon as the next likely project he will be a part of will be Captain America 4, which will star Anthony Mackie as the new Captain America. There is no release date for the film as it was recently announced.

Black Panther: Wakanda Forever is set to release on November 11 in theaters despite the delays in filming due to an injury on set and Covid. Not many details are known, but there are rumors that Namor will debut in Black Panther 2 with Atlantis being one of the main locations in the film.

Are you a fan of the Winter Soldier? Let us know in the comments below.

Phase Four has started off with a lot of content for Marvel fans to look forward to in the Marvel Cinematic Universe. On Disney+  you can expect Moon Knight on March 30, Ms. Marvel in Summer 2022, and She-Hulk to debut this year. For movies, Doctor Strange In the Multiverse of Madness comes out on May 6, followed by Thor: Love and Thunder on July 8, and of course, Black Panther: Wakanda Forever on November 11.