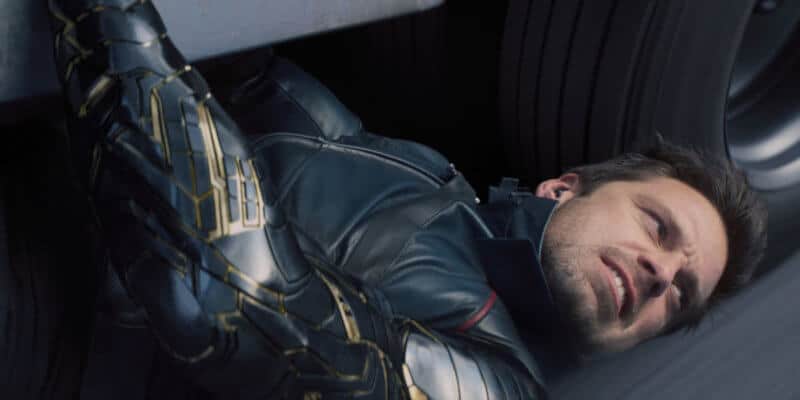 Sebastian Stan shared how he feels about the current place for his character, Bucky Barnes/Winter Soldier.

Related: Who Is Bucky Barnes In the Marvel Cinematic Universe?

In a recent Esquire interview, the MCU actor shared some thoughts about the Winter Soldier:

“The best fan question I’m always asked? ‘Do you feel Bucky Barnes got justice?’ He had plenty of moments and we got him to a good place, so that’s what I’m happy about.”

It is true that Bucky Barnes has had many moments throughout the MCU, and at the end of Falcon and the Winter Soldier it was great to see him happy alongside Anthony Mackie’s Sam Wilson/Falcon/Captain America. Barnes is free from his pain and no longer can be controlled by Hydra, allowing him to move on.

Related: Is There a Wild Connection Between Bucky Barnes and ‘WandaVision‘

This led to Tony and Steve splitting up — hence, “Civil War” — and to Barnes beginning his journey of restoring his mind in Wakanda with the help of Shuri (Leticia Wright).

Now that Bucky Barnes is “in a good place,” it leaves the question of whether we will see the Winter Soldier return. Captain America 4 is in the works and will include Mackie as the new Captain America, but no confirmation of Stan’s appearance has been issued at this time.

Knowing that the actor has spent a long time in the Marvel Cinematic Universe, fans of the Winter Soldier shouldn’t be worried as the character will most likely appear in Captain America 4. Captain America will undoubtedly have a lot of enemies and Bucky is a great friend to have for when things get dangerous.

Do you think the Winter Soldier will return? Let us know in the comments below!

Phase Four has started off with a lot of content for Marvel fans to look forward to in the Marvel Cinematic Universe. On Disney+  you can expect Moon Knight on March 30, Ms. Marvel in Summer 2022, and She-Hulk to debut this year. For movies, Doctor Strange In the Multiverse of Madness comes out on May 6, followed by Thor: Love and Thunder on July 8, and of course, Black Panther: Wakanda Forever on November 11.