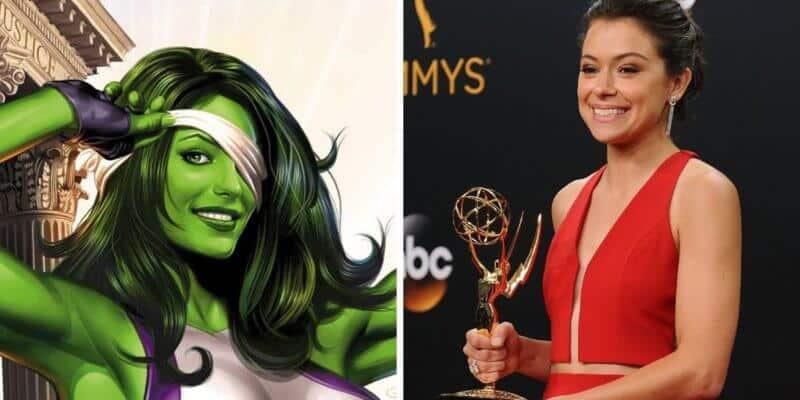 Casted to play the main character of the newest Disney+ show is no other than Orphan Black’s Tatiana Maslany. Maslany was casted to Jennifer Walter, She-Hulk, one fo the many female heroines to come according to Marvel studios.

It has also been announced that Mark Ruffalo, aka. The Hulk, will make at least one appearance as Bruce Banner in the show as mentioned in the project summary on the Film & Television Industry Alliance:

Following an injury, Jennifer Walters receives an emergency blood transfusion from her cousin, Bruce Banner, and acquires a milder version of his Hulk condition. As such, Walters becomes a large powerful green-hued version of herself while still largely retaining her personality. In particular, she retains her intelligence and emotional control, although, like Hulk, she still becomes stronger if enraged.

This defiantly reenforces what Ruffalo said about not being done with the Marvel Cinematic Universe just yet.

But, right now, according to The Illuminnerdi, Marvel is still looking to cast some other support role characters in the story. The movie franchise is looking to cast both of Jennifer Walter’s parents who need to be around their 60’s.

A strong male supporting role is also in need of casting, and that would be of Walter’s sweet, earnest and handsome co-worker between his late ’20s-’30s.

The other role that Marvel studios is looking to cast is for Jennifer’s best friend, who is being given the code name of “Susie.” For this role, the actress needs to be a black, indigenous, or other people of color in their 30’s. However, it has been said that the studio is leaning for an Asian-American for this role.

Related: This ‘Avengers’ Co-Star Is Begging Chris Hemsworth to Stop Working Out

And finally, Marvel studios is still looking for a female villain! This character nicknamed “Lucy” is a glamorous social media influencer that will make an appearance in five to ten episodes. The actress for this role will need to be in her 30’s.

The filming for She-Hulk was supposed to have started back in July 2020, but due to the coronavirus pandemic, the filming should start in February of 2021, and the show should be coming to Disney+ in 2022.

Are you excited for She-Hulk series? Which actors do you think would fit in the roles that Disney‘s Marvel studios is looking for? Let us know in the comments below.