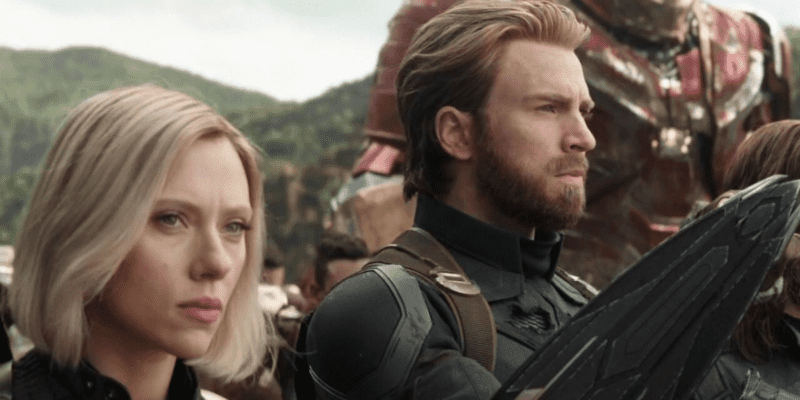 The Marvel Cinematic Universe is rapidly expanding with new characters and the Multiverse, but some Marvel fans want their classic heroes on stage. However, Chris Evans shares that he’s “very cautious” about returning to his Captain America role.

Though Anthony Mackie is the new Captain America, fans still regard actor Chris Evans (Knives Out, Lightyear) as the face of one of the most popular Marvel characters in history.

In a recent interview with the Lightyear (2022) legend, Chris Evans revealed that “revisiting” his Steve Rogers role with “some weird extension to that legacy” would be “upsetting”:

Chris Evans says that he’d be “very cautious” about returning as #CaptainAmerica in the #MCU:

Chris Evans says that he'd be "very cautious" about returning as #CaptainAmerica in the #MCU:

"To revisit it and potentially have some weird extension to that legacy would be upsetting if it didn’t land…" Full quote: https://t.co/bbc3MSoL6S pic.twitter.com/e07WBwDxD2

While sitting down with the D23 Inside Disney Podcast, Chris Evans shared his thoughts on returning to Marvel:

“No, I don’t think so. I mean it was a really unbelievable ride and the character’s just so dear to me and I’m just so precious with it. To return to the role, I mean the truth is, the role isn’t even mine anymore. The role is Anthony Mackie’s. So, you know, even if there was a different incarnation, not as Captain America, but you know for Steve Rogers, even that would feel… I’d be very cautious, just because I love that chapter of my life professionally, personally. I love what those movies accomplished and to revisit it and potentially have some weird extension to that legacy would be upsetting if it didn’t land. So it would require a near-perfect recipe and it may just not be in the cards.”

The superhero world is constantly changing, but Chris Evans has cemented himself as one of the most famous actors in Marvel history.

While every Marvel fan hopes that the rumored Secret Wars movie could reintroduce MCU alums back into the mainframe of Marvel movies, it’s clear that Evans wants to keep his Captain America shield hanging on the wall in retirement.

Do you want Chris Evans to return as Captain America? Comment below!