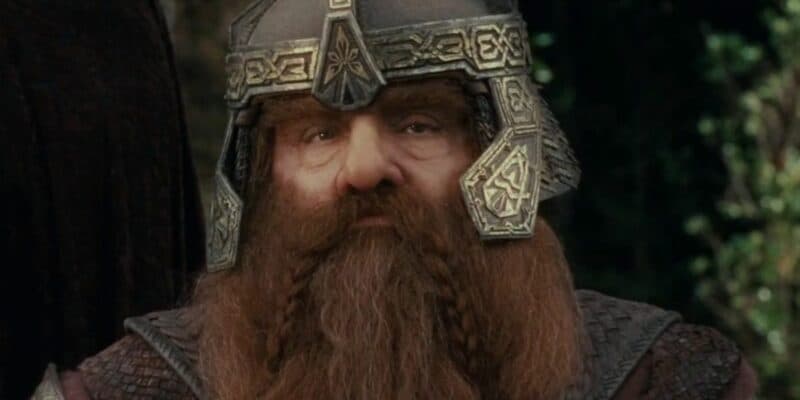 The world of Middle Earth penned by J.R.R. Tolkien is exploding with new stories and adventures this September with Amazon’s The Rings of Power and a new promo just teased the return of some legendary figures.

With the new show set in the Second Age of Middle Earth, fans are instead seeing the events that lead up to the start of Peter Jackson’s landmark Lord of the Rings franchise, including the crafting of the nine rings and Sauron’s rise to power.

In a time where Tolkien fans are on edge with each new update to Amazon’s Rings streaming series, the latest tidbit of news should excite virtually every Two Towers fan:

They did it. They are doing it. Ents in the Second Age. The stories to be told!

They did it. They are doing it. Ents in the Second Age. The stories to be told! pic.twitter.com/C9rXrDgx17

Ents (Tree People) are finally coming back to Middle Earth! With the addition of Ents to Amazon’s Rings of Power, it’s clear that fans could potentially see Ent-Women for the first time in Tolkien’s visual history.

Ents are one of the most legendary and mysterious creatures of Middle Earth, having appeared in the world that fans loved well before Frodo ever sets out to destroy the One Ring.

According to The One Wiki to Rule Them All:

Ents, also known as Onodrim (Tree-host) by the Elves, were a very old race of Middle-earth. They were apparently created at the behest of Yavanna after she learned of Aulë’s children, the Dwarves, knowing that they would want to fell trees. Becoming “shepherds” of the trees, they protected certain forests from Orcs and other perils. The Elves had tales of teaching the trees and the Ents to talk: although the Ents were sentient beings at the time, they did not know how to speak until the Elves taught them. Treebeard spoke of the Elves “curing the Ents of their dumbness”, an unforgettable gift.

With the early history of Ents being largely unknown, some of the earliest encounters with the moving forests occurred at the end of the Second Age:

Almost nothing is known of the early history of the Ents — they apparently lived in and protected the large forests of Middle-earth in previous ages, and they briefly appeared (in tales) near the end of the First Age, attacking a band of Dwarves at the Battle of Sarn Athrad, supposedly having been summoned by Beren and Lúthien. Treebeard told of a time when all of Eriador was one huge forest and part of his domain, but these immense forests were cut by the Númenóreans of the Second Age, or destroyed in the calamitous War of the Elves and Sauron of the 17th century of the Second Age. Treebeard’s statement is also supported by remarks that Elrond made at the Council of Elrond. Elrond said that “Time was once when a squirrel could carry a nut from tree to tree from Rivendell to the Great Sea…”, further indicating that all of Eriador was once a single vast primeval forest, of which Fangorn Forest was just “the eastern end of it” according to Treebeard.

With the Ents historically fighting various beings to protect the Forrests of Eriador from the Númenóreans in the Second Age, it’s clear that these events will finally be unfolded on the screen for fans to witness.

On top of that, Amazon has the opportunity to explain precisely how Treebeard and his fellow Ents “lost” their Entwives:

Treebeard boasted to Merry and Pippin about the strength of the Ents. He said that they were much more powerful than Trolls, which Morgoth (in the Elder Days or First Age) supposedly made as imitations of the Ents, but did not come near to their power. He compares this with how Orcs were Morgoth’s imitation of Elves. There used to be Entwives (literally “ent-women”), but they started to move farther away from the Ents because they liked to plant and control things, so they moved away to the region that would later become the Brown Lands across the Great River Anduin. This area was destroyed by Sauron, and the Entwives disappeared.

The Ents looked for them, but have never found them. It is sung by the Ents that one day they will find each other, when they lose all else. In the Fellowship of the Ring, Sam Gamgee says his cousin Hal saw a walking tree in the north of the Shire. When Pippin and Merry tell Treebeard about the Shire, Treebeard says the Entwives would like that land, suggesting Hal saw either an Entwife or a Huorn. It is safe to say that with no Entwives and their slow decline with time, numbers of the Ents had dwindled by the end of the Third Age. According to Treebeard there are no Entings upon Middle-earth at the time of the Third Age, and there have not been any for quite some time. And there will never be any more Entings afterwards either, “as there are no Entwives”. What exactly happened to the Entwives was something Tolkien wanted to keep a mystery, even to himself, but in one of his letters he said, “I think that in fact the Entwives have disappeared for good, being destroyed with their gardens in the War of the Last Alliance.”

There’s even a chance that Gimli actor John Rhys-Davies could return to Tolkien’s world and voice Treebeard, the oldest Ent and being in Middle Earth history. Given that Treebeard was the first among the Fangorn Forest (appearing before the creation of the stars), it’s evident that Treebeard would have the opportunity to appear in The Rings of Power.

Having John Rhys-Davies suddenly show up in The Rings of Power would feel incredibly similar to Star Wars fans seeing Luke Skywalker (Mark Hamill), a figure of the Original Trilogy, randomly appear in a new Skywalker Saga project such as The Mandalorian or The Book of Boba Fett.

More about The Rings of Power

Taking place in the episodic Second Age of Middle Earth, Amazon’s The Lord of the Rings: The Rings of Power chronicles the construction of the One Ring worn by dark Lord Sauron under Mount Doom:

Three Rings for the Elven-kings under the sky, Seven for the Dwarf-lords in their halls of stone, Nine for Mortal Men doomed to die, One for the Dark Lord on his dark throne in the Land of Mordor where the Shadows lie.

The near $1 billion series is set to focus on the rise of the Dark Lord Sauron, the historic alliance between Elves and Men (that transcended the entire franchise), the island of Númenor/Westernesse, as well as a look into Khazad‐dûm/Moria before the dwarven kingdom fell to hoards of goblins and the deadly Balrog/Durin’s Bane.

Dark Lord Sauron is set to have a massive role in The Rings of Power. Still, the series features a relatively unknown cast of lead and supporting actors that are set to play some of the most formative names in Elrond (Robert Aramayo), Lady Galadriel of Lothlórien (Morfydd Clark), and Prince Durin IV (Owain Arthur), replacing Cate Blanchett and Hugo Weaving.

Do you think Treebeard will appear in The Rings of Power? Comment below!