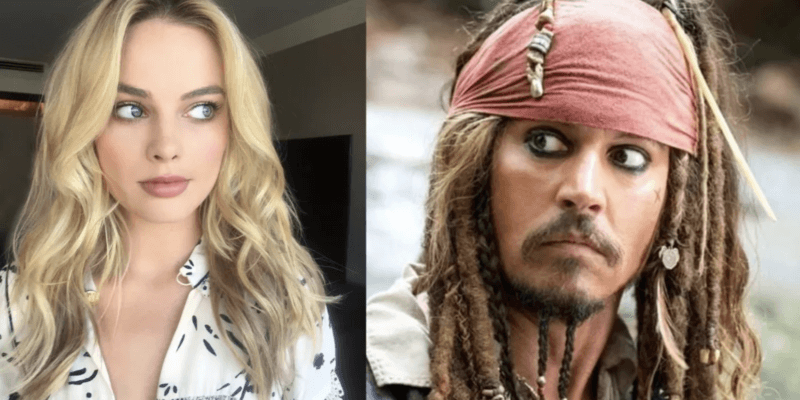 Margot Robbie is set to begin the next phase of her introduction into the Pirates of the Caribbean franchise.

It was confirmed by Pirates of the Caribbean producer Jerry Bruckheimer that Margot Robbie would be replacing Johnny Depp in the lead role of the beloved Disney franchise.

While there is a script that still involves Captain Jack Sparrow played by Johnny Depp, it seems that Disney will be going in a different direction for Pirates of the Caribbean 6, allowing Robbie to take over as the lead protagonist for the next film installment.

However, Robbie has been in the midst of filming another major blockbuster over the course of the last few months.

Hari Nef shares a behind the scenes photo as she wraps filming Greta Gerwig’s ‘BARBIE’.

Hari Nef shares a behind the scenes photo as she wraps filming Greta Gerwig’s ‘BARBIE’. pic.twitter.com/EWWvtPXm1H

Margot Robbie will star as Barbie alongside Ryan Gosling, who plays Ken.

Related: Johnny Depp Responds to Rumors of a ‘POTC’ Return

With production now over for Barbie, Robbie will now reportedly be taking the next steps in getting ready for her role in Pirates. It hasn’t been confirmed as of yet when filming might begin for the next installment of the franchise as casting is still taking place and final touches on the script are being put, but it wouldn’t be surprising if production began early next year as Disney looks to move forward with its popular franchise.

While nothing has been confirmed, a former Disney insider speculated that Robbie could be cast as the daughter of Captain Jack Sparrow and that Johnny Depp could make a cameo at the end of the film to set up the next installment.

While there have been rumors that Johnny Depp’s character could be replaced in the popular attraction at Magic Kingdom in Walt Disney World or Disneyland Park, this has not happened to this point and Disney just finished a refurbishment at Disneyland Resort in which Captain Jack Sparrow was still very much a part of the Disney Park ride.

What do you think of Margot Robbie in the Pirates of the Caribbean franchise? Let us know in the comments!