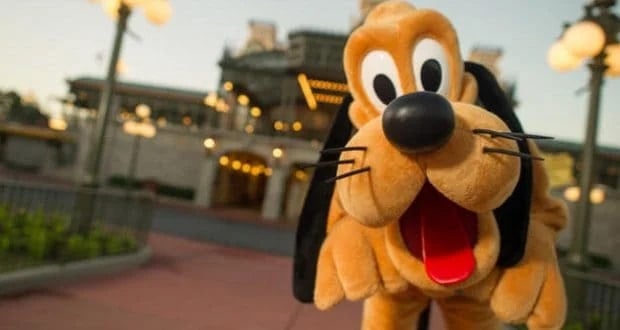 Meeting characters at a Disney Resort is one of the most popular activities to do on vacation. From the wide assortment of interactions, seasonal specials, and rare appearances, Disney characters are a staple of the Disney theme park experience.

And while most Guests are asking for autographs and pulling poses, one Cast Member has revealed that a Disney Park Guest ripped into Pluto with severe consequences.

It might be Mickey Mouse, who was joined by Minnie Mouse in early July, at Main Street, U.S.A.’s Town Square Theater, or Anna and Elsa at the Royal Sommerhus inside EPCOT’s World Showcase — the variety and frequency of Disney character interactions at Walt Disney World Resort are unparalleled to any other theme park.

However, while character interactions are a positive Disney experience for many, one incident left a Guest banned from meeting characters after ripping into a Cast Member’s Pluto costume. Speaking on her experience as a costumed fur character at Walt Disney World Resort, Jenna Parkany revealed the one moment a Guest took their time with Pluto too far.

Inappropriately interacting with a character could mean a one-way ticket off Disney property if you’re really acting out.

I’ve seen so many interactions, with kids and adults alike, that consist of pulling on Pluto’s tail or Mickey’s ears. There was even one time when a guest pulled a piece of fur off my costume and a part of my neck was exposed.

After that interaction, the guest was told they wouldn’t be meeting any more characters for the day.

Disney takes their entertainment very seriously; a massive part of the theme park empire’s synergistic profile comes from its array of experiences and attractions, that seemingly interlink across Park lines, so the idea that a Guest can rip into one of the Resort’s most popular characters, ruining the magic for others, and be immediately reprimanded comes as no surprise.

While in this instance it was a Guest who damaged a character’s costume, there have been many occasions where costuming has gone awry without Guest involvement — like what happened to Minnie Mouse at Disneyland Paris, or Mickey aboard the Disney Cruise Line.

It is not just dedicated Park spots or attraction locations where characters are based, either. As many know, Guests can dine with their favorite characters in an interactive dining experience.

Pre-pandemic, the Central Florida Disney Parks also offered the popular Disney Character Dining option, with Guests able to choose from a range of interactive eating and drinking experiences. Soon Guests will once again be able to enjoy their meals with Disney characters as The Crystal Palace:  A Buffet With Characters Featuring Winnie the Pooh and Friends at the Magic Kingdom will return on September 20, ‘Ohana Best Friend’s Breakfast Featuring Lilo and Stitch at Disney’s Polynesian Resort on September 27, and Minnie’s Beach Bash Breakfast at Disney’s Beach Club Resort’s Cape May Cafe on October 4.

What is your favorite Disney character interaction? Have you ever witnessed any incidents while at any Disney Parks? Let us know in the comments down below!