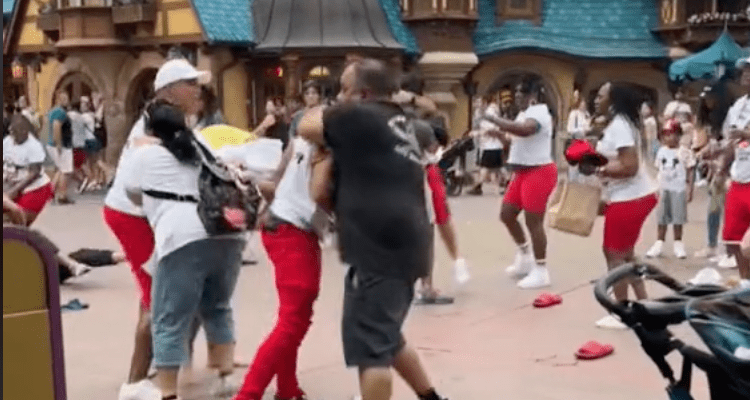 More information is being revealed following a shocking incident at the Walt Disney World Resort.

Related: Disneyland “Out Of Reach” For Most American Families

As we reported, a fight broke out at the Magic Kingdom in Walt Disney World yesterday, sending social media and the news ablaze. The fight was intense, occurring in the Fantasyland section of the Park. The incident involved several Guests and was shared on spaces like Twitter and TikTok shortly after.

As shared by Fox 35 Orlando, one man who was a witness to the brawl spoke out:

“I do not know what prompted this altercation. We came upon it, and it appeared as though it took about two minutes for two security personnel to arrive. Deputies arrived probably about five minutes after that”

Fox News reported that the incident began after Guest realized she had left her phone on her electric vehicle and left the line she was standing in to go and get it. When she returned, another family tried to block her from rejoining the line.

One of the Guests involved in the fight reportedly received injuries to his face, with EMS responding to the incident as quickly as possible. The man with the facial injury ended up being hospitalized for face lacerations. Others suffered smaller bruises. The Orange County Sheriff’s Office confirmed the hospitalization, telling Fox News that they arrested three people for misdemeanor battery.

Please note that Disney Cast Members and security officials are always at the theme parks in order to maintain a safe environment as much as possible. If you ever witness activity such as a fight or anything of this nature, or if you are ever concerned when visiting one of the Disney Parks, be sure to find the nearest Cast Member or report your issue with Guest Relations, located in each of the Disney Parks.

Did you see the video of the fight?