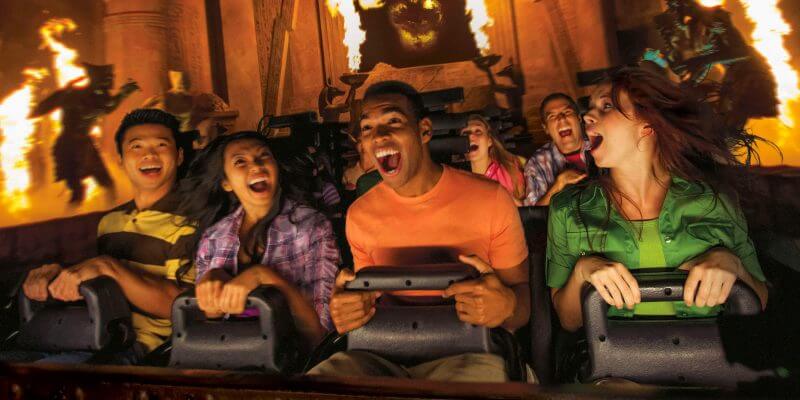 Universal Studios recently teased the return of an incredibly popular attraction but refused to reveal when it’s coming back.

Universal Orlando Resort closed Revenge of the Mummy at Universal Studios Florida for an extensive refurbishment back in January, and, to this date, the attraction remains closed with a reopening date listed as “late summer 2022.”

Since the attraction’s closure, Universal Orlando Resort fans have speculated on what changes might occur during the refurbishment. Nothing has been confirmed regarding the refurbishment, but rumors have swirled for several months now, with some even speculating that the entire attraction could be receiving changes and updates.

Universal Studios has remained relatively silent on the attraction, only sharing brief statements and cryptic clues. The Resort recently teased the attraction making a return in a tweet linked below, though this tease may prove slightly disappointing:

Unfortunately, Universal does not have any solid information on when this ride will return. In the comment section of the tweet, Universal was asked multiple times when the attraction would reopen, to which the Resort responded:

“Hi there! Revenge of the Mummy is scheduled to reopen in late Summer 2022. We encourage you to keep an eye on our website and Mobile App for any updates regarding this attraction!”

This is all Universal chose to say about the matter, indicating that Universal may not even know exactly when the ride will be ready. However, we are still eagerly anticipating Revenge of the Mummy’s return and can’t wait to ride it once again.

Universal’s official description of Revenge of the Mummy reads:

Digging your nails into the safety rail, you’ll hold on tight as you rush forwards and back on the track, fleeing from the evil Mummy Imhotep. Just as it seems you might’ve escaped, you’ll plunge straight down into a pitch-black abyss with no end in sight. Will you ever see daylight again? Or will you remain sealed inside this tomb forever?

Are you ready for Revenge of the Mummy to return?